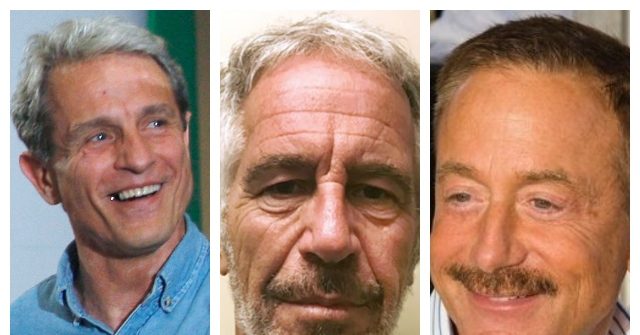 We now have three high-profile Democrat donors arrested and/or charged with heinous sex crimes, and all three rubbed elbows with high-ranking Democrats, including presidents.

In November 2014, prominent Democrat donor, pro-abortion and gay rights activist Terry Bean was arrested and charged with two counts of third-degree sodomy and one count of third-degree sexual abuse involving more than one minor.

Breitbart News reported at the time that “Bean has pictures of himself talking with Obama on his Flickr account. He also has shots of himself with Michelle Obama, former President Bill Clinton, and Nancy Pelosi.

According to local news reported, “Obama called Bean a ‘great friend and supporter.’ The president in 2012 hosted Bean on Air Force One, and when Obama visits Oregon, Bean has had the honor of greeting him as the president gets off his plane.”

This alleged crime involved a 15-year-old boy whom police said the two men used social media to lure to a hotel.

Eventually, some $220,000 changed hands, the alleged victim refused to testify, and the charges were dropped.

Fast forward to January of this year, and Bean, now 70, was again indicted on two counts of sodomy in the third degree and one count of sexual abuse in the third degree for the same crime. Apparently, the alleged victim was ripped off and now wants his day in court.

In May, Michelle Malkin reported, a “second alleged juvenile victim of Bean’s came forward with a civil lawsuit alleging the Democrat donor sexually abused him three times when he was 17.”

On Tuesday, this prominent Democrat donor and gay activist was arrested for his third — third! — incident of “sex play in his home [, which] almost turned fatal, according to authorities.”

Prominent Democratic donor and LGBTQ political activist Ed Buck was arrested Tuesday and charged with operating a drug house, with prosecutors calling him a violent sexual predator who preys on men struggling with addiction and homelessness.

Buck was charged with one count each of battery causing serious injury, administering methamphetamine and maintaining a drug house, according to the Los Angeles County district attorney’s office. Buck is accused of injecting a 37-year-old man, who overdosed but survived, with methamphetamine on Sept. 11.

That latest incident comes after two men were found dead in his Laurel Avenue apartment in West Hollywood. In both cases, African American men — Gemmel Moore, 26, and Timothy Dean, 55 — had overdosed on methamphetamine inside. After the first death in 2017, authorities said there was insufficient evidence to file charges.

It’s worth noting that Democrats only started distancing themselves from Buck after the second young man died in his house. Democrats called it The Ted Kennedy Rule — where anyone who furthers the cause gets one.

Prosecutors say,  “In a position of power, Buck manipulates his victims into participating in his sexual fetishes. His long-reported particular kink — injecting men with dangerous doses of illegal drugs — “nearly killed a third victim last week,”

Then why did it take three of these incidents for Buck to finally get arrested?

Democrats sure got it good.

Oh, and here’s a photo of Buck and no less than Hillary Clinton. They sure do look cozy showing off their bow ties.

Next up, the late Jeffrey Epstein. Although our fake news media tried their best to hang Epstein around President Trump’s neck, the truth is that Trump banished Epstein from his life and properties long before, say, MIT and Harvard.

As far as Democrats and left-wing organizations accepting money from a man charged with sex-trafficking dozens of underage girls, Epstein donated thousands of dollars from 1990 until 2018, according to OpenSecrets.org. A total of $184,276 was donated to Democrats and left-wing organizations, compared to just $18,250 to Republicans and right-leaning groups during this same time.

In 2008, Epstein pleaded guilty to felony sexual solicitation of underage girls. He was released after a 13-month prison term and then resumed his donations, almost exclusively to Democrats.

It is Epstein’s creepy, longstanding relationship with the Clintons, though, that makes one’s skin crawl. The Guardian reported that in 2006, “the year after he was arrested following a complaint he sexually abused a 14-year-old teenager in Florida,” Epstein donated $25,000 to the now-disgraced Clinton Foundation.

Between 2001 and 2003, when Epstein’s alleged predations were apparently no secret in certain elite circles, Fox News reported that Bill Clinton took at least 26 trips aboard Epstein’s jet, dubbed the “Lolita Express.”

Clinton claims he only took four trips on the Lolita Express, as if that’s no big deal, but the documentation says 26 — 26 trips over three years, which is one about every six weeks!

Despite all this, the media demonized the Koch brothers.