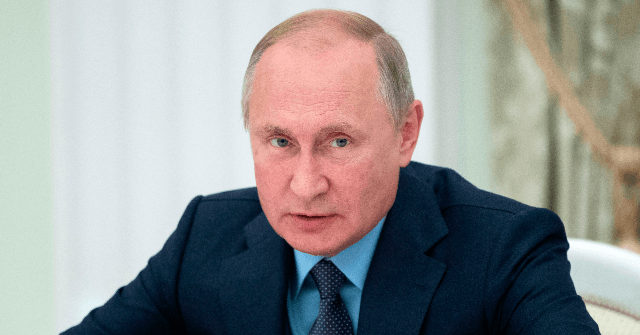 The Russian government has stepped up its crackdown against Jehovah’s Witnesses, jailing six followers of the Christian denomination on Thursday for “extremism.”

A regional court in the southwestern city of Saratov jailed the six men for up to three and a half years, court spokeswoman Olga Pirueva confirmed on Friday.

“Yes they were convicted,” the spokeswoman, Olga Pirueva, said. “Punishments ranged from three years and six months down to two years (in jail).”

According to the court ruling, the men were found guilty of continually practicing the activities of an “extremist organization” following a 2017 ruling from Russia’s Supreme Court that classified it as such and ordered it to disband.

Although the Putin regime has won plaudits within some Western religious circles over his support for the Russian Orthodox Church, which was heavily suppressed during the era of the Soviet Union, many Orthodox scholars have deemed Jehovah’s Witnesses a threat to Russia’s state institutions and traditional values.

The Putin regime views the domination, headquartered in the town of Warwick, New York, as a dangerous foreign sect seeking to undermine Russian values and institutions, allegations they reject.

In February, Danish construction Dennis Christensen was found guilty by a Russian court of organizing “extremist” activities because of his association with the group, and jailed for six years.

Responding to the persecution, the group’s U.S. spokesperson Jarrod Lopes said that the Russian constitution should guarantee their members right to practice freedom of religion and that they have not committed any crime.

“The whole logic of the accusation was based on the speculative thesis that faith in God is ‘a continuation of the activities of an extremist organization,’” said Lopes. “Instead of searching and proving the guilt of the defendants, the aim of the investigation was to prove their religious affiliation, despite the fact that no religion is prohibited in Russia.”

Around 250 Jehovah’s Witnesses in Russia are also facing criminal charges, according to the spokesperson, with 41 of those in detention and 23 under house arrest.

Russia’s persecution of Jehovah’s Witnesses has long been criticized by human rights organizations, with the group Human Rights Watch also pointing to the “dozens of home searches, raids, interrogations, and other acts of harassment and persecution.”

“The Jehovah’s Witnesses are simply peacefully exercising their right to freedom of religion,” said Rachel Denber, deputy Europe and Central Asia director at Human Rights Watch. “The Jehovah’s Witness faith is not an extremist organization, and authorities should stop this religious persecution of its worshipers now.”

“Russia should do right by its national and international obligations to respect freedom of religion,” she continued. “Russian leadership should make sure that law enforcement is honoring and protecting that right, not trampling on it.”