A big wheel is expected in town Saturday — and he might break some rules.

Vice President Mike Pence is scheduled to make history as the first sitting vice president to visit Michigan’s quaint Mackinac Island — and he may also stir up controversy by riding in a vehicle during his visit, according to reports.

“Apparently, there is some sniping going on,” Dennis Cawthorne, a Lansing lobbyist and Mackinac Island resident, told The Detroit Free Press. “But if the Secret Service requires it, that’s what they require.” 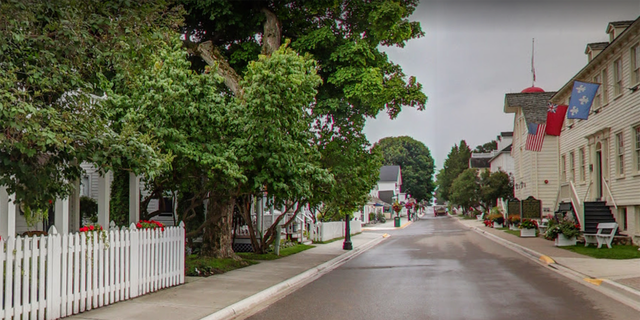 The island, between Michigan’s upper and lower peninsulas, has banned motorized vehicles for the last century, but Pence may reportedly travel to the Mackinac Republican Leadership Conference in a police SUV for security purposes.

Horse-drawn carriage is the main mode of transportation on the island, but there are exceptions for police and the fire department, FOX 47 of Lansing reported.

The Secret Service brought a vehicle onto the island in case of an emergency for President Gerald Ford’s visit in 1975, but it was never seen and wasn’t used, The Free Press reported. Ford and his wife rode in a horse-drawn carriage.

The vice president usually travels in an armored limousine.

The White House and the Secret Service have not commented on the reports, according to Onondaga’s WILX-TV.