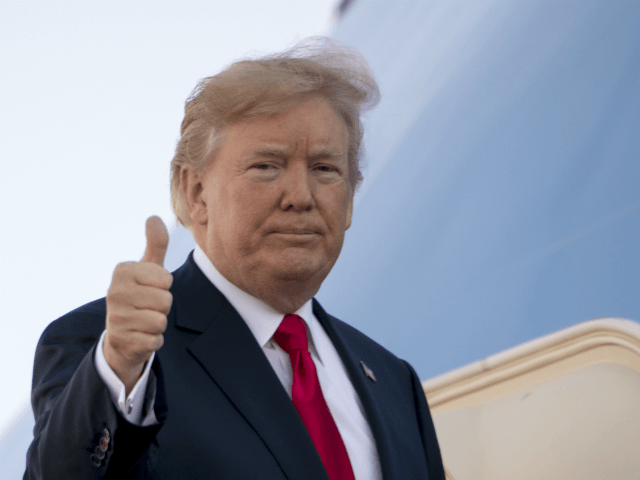 Congressional Republicans are defending President Trump after a whistleblower reportedly accused him of asking Ukranian President Volodymyr Zelensky to investigate Hunter Biden for alleged wrongdoing while his father was vice president.

“It’s not like we haven’t seen this movie before,” said Rep. Jim Jordan (R-OH).

“Democrats come out, they’re all spun up, Adam Schiff makes all kinds of statements, and then when the facts come out — Whoa, different story! This seems to be the same kind of deal,” he concluded.

Rep. Mike Gallagher (R-WI) said it is imperative the president have private phone calls with foreign leaders if he is going to perform his job well.

“The fact is, the president, to quote John Marshall, is the ‘sole organ’ of U.S. external relations and has to have conversations in confidence with foreign leaders,” Gallagher noted. “There’s no practical way to conduct diplomacy without it.”

On Friday, the Wall Street Journal reported that an anonymous whistleblower claimed President Trump asked Zelensky to look into Hunter Biden’s business dealings with Ukraine during a phone call in July.

“He told him that he should work with [Mr. Giuliani] on Biden, and that people in Washington wanted to know” if his lawyer’s assertions that Mr. Biden acted improperly as vice president were true, one of the people said. Mr. Giuliani has suggested Mr. Biden’s pressure on Ukraine to fight corruption had to do with an investigation of a gas company for which his son was a director. A Ukrainian official this year said he had no evidence of wrongdoing by Mr. Biden or his son Hunter Biden.

“Mr. Trump in the call didn’t mention a provision of U.S. aid to Ukraine, said this person, who didn’t believe Mr. Trump offered the Ukrainian president any quid-pro-quo for his cooperation on any investigation,” the report concluded.

An Associated Press report stated that “Democrats condemned what they saw as a clear effort to damage a political rival, now at the heart of an explosive whistleblower complaint against Trump.”

It was the latest revelation in an escalating controversy that has created a showdown between congressional Democrats and the Trump administration, which has refused to turn over the formal complaint by a national security official or even describe its contents.

However, President Trump defended himself against the accusations in a tweet on Friday, calling the whistleblower’s statements “highly partisan”:

The Radical Left Democrats and their Fake News Media partners, headed up again by Little Adam Schiff, and batting Zero for 21 against me, are at it again! They think I may have had a “dicey” conversation with a certain foreign leader based on a “highly partisan” whistleblowers..

“Strange that with so many other people hearing or knowing of the perfectly fine and respectful conversation, that they would not have also come forward,” he continued. “Do you know the reason why they did not? Because there was nothing said wrong, it was pitch perfect!”