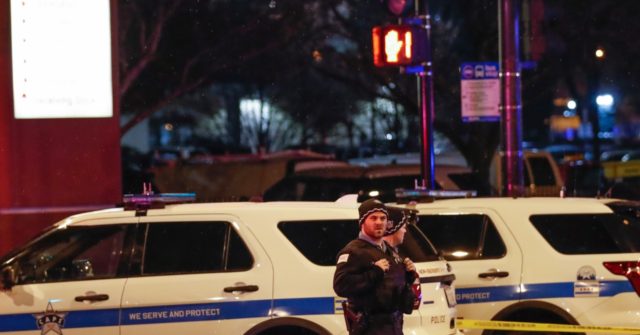 It was a tough week for the Chicago Police Department as the organization suffered the loss of five officers in just one week to suicide, and severe injuries on the job, Chicago’s WLS reported.

Early on Saturday morning, for instance, a veteran officer was gunned down and left in critical condition as he attempted to serve a warrant in the city’s South Side Englewood District.

The officer serving in the CPD’s fugitive apprehension unit was shot while attempting to take a man into custody who was accused of shooting a woman on a bicycle last week.

Two other officers were seriously injured when a suspect dragged them both down the street with his car as he attempted to flee near a South Side White Castle restaurant in the Bronzeville neighborhood.

The officers were called to the restaurant after the city’s 911 operators took a call of a man with a gun.

The city also lost another veteran officer to suicide last week when officer Paul Escamilla, 40, was found dead of an apparent suicide in a Northwest Side forest preserve.

But that was only the first suicide of the week as a retired officer was also found in his home on Saturday after taking his own life. He was 61.

“Please keep all the officers in your prayers,” president of the Fraternal Order of Police told the media on Saturday. “They go out and do an amazing job every single day and night. Please keep that in mind.”

Chicago lost four officers killed in the line of duty in 2018. Two were hit by a train and the other two gunned down by criminals. The CPD has lost nearly 600 officers since its inception in 1835.