A Texas high school student was arrested on Tuesday after assaulting his principal, a police officer and threatening to use a gun in a school shooting, reports say.

Overhearing his threats, students reported his gun comments to the school and police were called to the scene around 12:41 p.m. on Tuesday, according to the outlet. 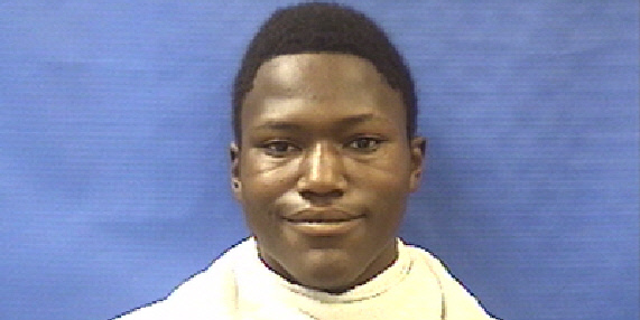 Jaelon Gipson, 17, was arrested on Tuesday after he assaulted his principal, a police officer and threatened to use a gun to start a school shooting, reports say. (Kaufman County Jail)

“He was gesturing, reaching in and acting like he was pulling out a gun,” Monk added.

While police didn’t find a firearm on Gipson, he was found to have under 2 ounces of marijuana in his possession.

Texas Education Code states if “the person intentionally exhibits, uses, or threatens to exhibit or use a firearm,” it’s classified as a third-degree felony.

TEXAS MAN WANTED FOR DIVORCING HIS WIFE WITHOUT HER KNOWLEDGE

When Gipson was brought into the school’s offices, administrators told police he assaulted the school’s principal and kicked the car of a police officer, causing roughly $1,200 worth of damage, according to fox4news.com.

Gipson was charged with assaulting a public servant, criminal mischief, exhibiting a firearm on campus or school bus, resisting arrest and possession of under 2 ounces of marijuana.

He was booked into the Kaufman County Jail on Thursday. He is currently being held on bonds totaling $335,000.