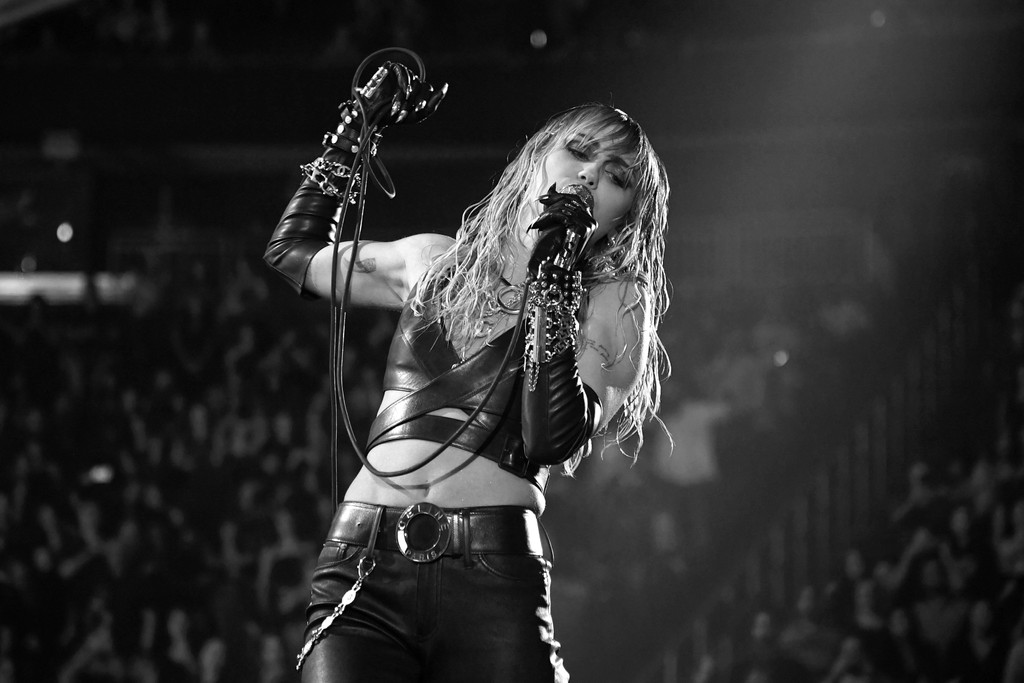 Miley Cyrus performed last night at the iHeartRadio Music Festival in Las Vegas, where in addition to performing cuts from her She Is Coming EP, the vocalist covered classic songs from Pink Floyd and Led Zeppelin. After singing a solo rendition of “Don’t Call Me Angel,” her recent collaboration with Ariana Grande and Lana Del Rey, she gave a scorching performance of the Led Zeppelin IV cut “Black Dog.” Elsewhere in her set, she covered Pink Floyd’s Wall standout “Comfortably Numb,” as Rolling Stone points out.

This isn’t the only time Cyrus has shown off her affinity for rock ‘n’ roll. Last month, she revealed that she’d got a new lyric tattoo taken from the Pixies b-side “The Thing” inked on her bicep. “My head was feeling scared, but my heart was feeling free,” the tattoo reads. She’s also been known to collaborate with alt-rock eccentric Wayne Coyne on various Flaming Lips ventures.

Cyrus’ latest single “Don’t Call Me Angel” is set to appear in the upcoming Charlie’s Angels film. Earlier this month, she released a music video for her excellent, rock-leaning single “Slide Away,” which documents her separation from Liam Hemsworth. Watch her Pink Floyd and Led Zeppelin covers below.