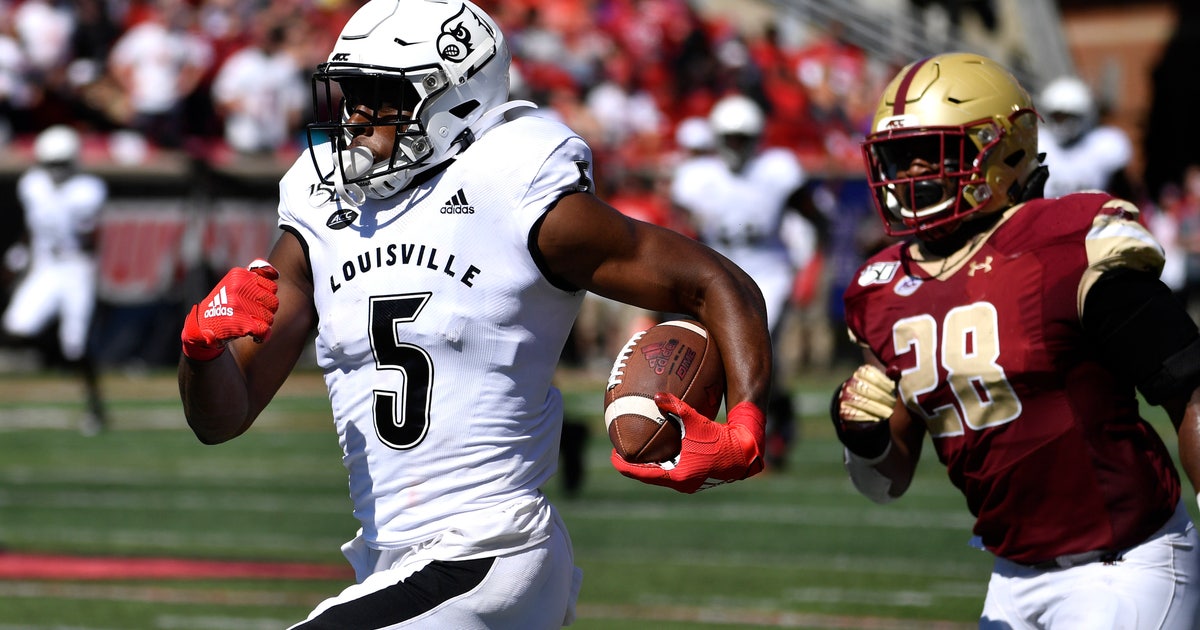 Shortly after Aaron Boumerhi’s 45-yard field goal with 3:32 left put the Eagles ahead 39-38, the Cardinals (3-2, 1-1) drove 52 yards in eight plays for Creque’s line drive that sailed through the uprights. BC (3-3, 1-2) drove to its 42 before turning the ball over on downs with two seconds left, sparking a celebration as Louisville emerged from the shootout with its first conference win since beating Syracuse in November 2017.

The schools combined for 1,227 yards, most of it passing in a contest that matched the ACC’s top two rushing attacks. Louisville gained the edge 664-563, helped by those final yards ending with Creque’s second field goal.

Cardinals freshman Evan Conley completed 10 of 16 passes for 140 yards and a 23-yard TD to Dez Fitzpatrick for 38-29 lead early in the fourth quarter. He alternated with Micale Cunningham, who was 13 of 18 passing for 288 yards and 59-yard TD.

Javian Hawkins rushed for a career-high 172 yards on 25 carries for the Cardinals.

Dennis Grosel passed for three TDs in relief of BC starter Anthony Brown, who left early in the second quarter with a left knee injury. Brown hit 6 of 7 passes for 193 yards with a 77-yard TD to tight end Hunter Long in the first and positioned the Eagles to tie before his injury.

Boston College has to move forward without its veteran QB, who watched the rest of the game on crutches. The Eagles appear to be in good hands with Grosel, who hit Korab Idrizi with all three TD passes before Travis Levy put them within 38-36 with a 37-yard scoring run. They were still left with their second consecutive ACC loss.

Louisville didn’t give first-year coach Scott Satterfield a signature win by any means. It was still notable as the Cardinals clicked offensively whether Cunningham or Conley were behind center. The defense yielded 259 yards rushing but didn’t allow AD Dillon to gash them like 2017, when he had 272 with four TDs.

Boston College hosts North Carolina on Oct. 19 after a bye.