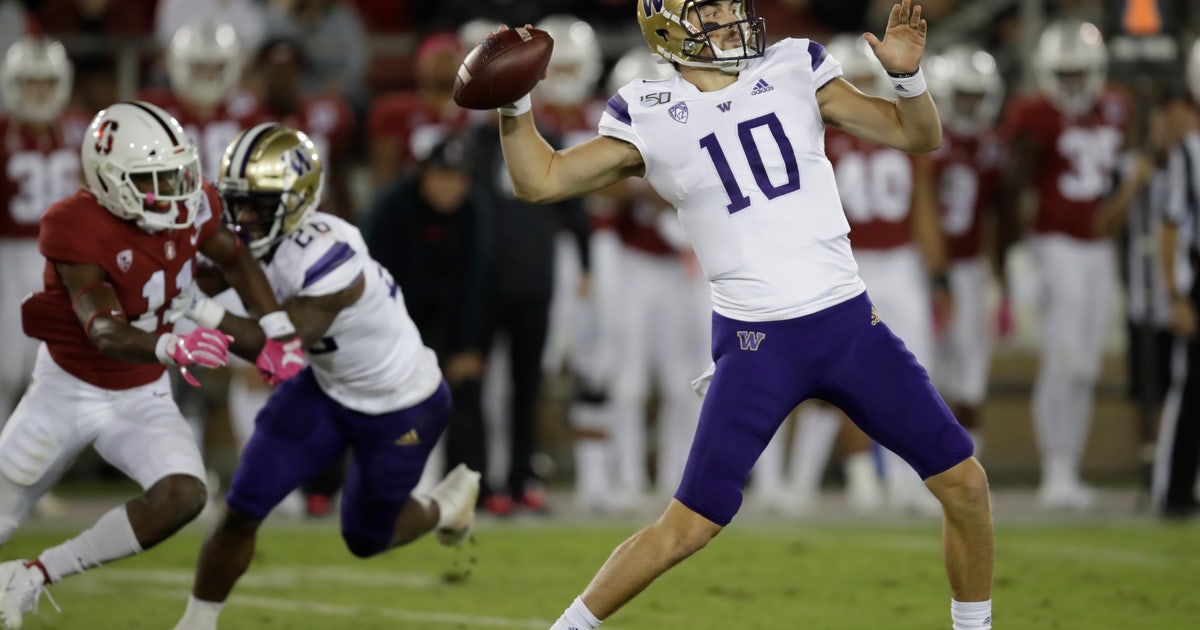 SEATTLE (AP) — Chris Petersen didn’t have to delve deep when assessing what went wrong with Washington’s trip to Stanford.

Petersen said Washington was outplayed and outcoached last weekend and perhaps kicked out of the Pac-12 North race as a result.

“Their schemes were better than our schemes,” Petersen said. “That’s it. Yeah. What else do you want me to say?”

After perhaps the most uninspiring loss of Petersen’s tenure, Washington is at the crossroads of a season that started with the Huskies positioned as one of the Pac-12’s best shots to get into the College Football Playoff.

The Huskies have two conference losses just three games into the conference slate after being overwhelmed in a 23-13 loss to Stanford on Saturday. They’ve looked great in impressive wins over BYU and Southern California, but completely lost offensively in losses to California and Stanford.

The loss to Stanford dropped the Huskies from the AP Top 25 for just the second time since the start of the 2016 season. The next two weeks will be a major indicator of where Washington’s season is headed. The Huskies travel to Pac-12 South-leading Arizona for a Saturday night matchup before returning home to host Pac-12 North leader Oregon on Oct. 19.

Most of the concern seems to be on the offensive side.

The Huskies offense was going to go through a transition no matter what with several new starters at key positions. But the jolt the Huskies were hoping to get with Jacob Eason stepping into the starting quarterback role has only materialized in spurts.

The blame can’t be isolated to one area. Eason hasn’t been great in conference play. Washington’s run game was abandoned for stretches against the Cardinal. Wide receivers had key drops in both losses this season.

“We’ve just got to tighten that up, throwing and catching for sure,” Petersen said. “The other thing that really stood out, obviously, on offense, was third downs. That was one area where we got beat. We got beat bad in that area. We’ve been pretty good there, and that was painful.”

Petersen said if he could make one significant change in the Stanford game, it would have been to stay with the run game more. The Huskies had 19 carries from their three running backs and 36 pass attempts from Eason. Richard Newton averaged 6.4 yards per carry in his 10 rushes before suffering a foot injury. But Salvon Ahmed — who rushed for 119 yards vs. California and 153 vs. USC — had just six carries for 28 yards.

“We should have run the ball a little bit more just looking back, because our offensive line, our backs were doing a pretty good job of getting downhill,” Petersen said.

They will undoubtedly need to score more this weekend facing Arizona, which has scored 28 or more in four of five games.