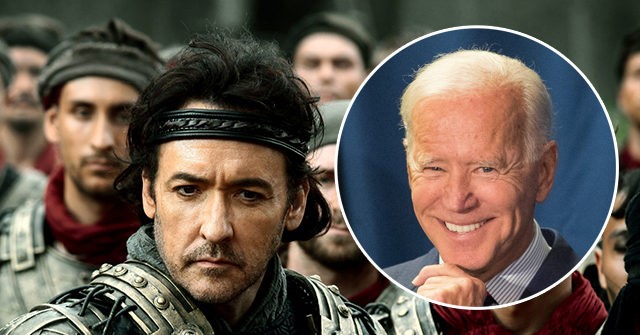 Hollywood elites are opening up their wallets for Democratic presidential candidates, including Joe Biden, ahead of a televised CNN town hall in Los Angeles focusing on LGBTQ issues.

Deadline reported that former Vice President Biden will attend two Hollywood fundraisers on Thursday — one in the afternoon hosted by former HBO executive Michael Lombardo, and one in the evening at the home of Paramount Pictures chairman and CEO Jim Gianopulos.

CNN’s town hall, titled Equality in America, is set to air Thursday evening, from 7:30 p.m. to 12 a.m. ET, and will feature nine Democratic presidential candidates. The event is co-organized by the Human Rights Campaign Foundation, a non-profit focused on LGBTQ issues.

The town hall comes amidst increased U.S.-China tensions — a subject that hits close to home in the entertainment industry,  which depends heavily on Chinese consumers to buy movie tickets and visit theme parks.

Hollywood executives have remained conspicuously quiet about U.S.-China relations in the wake of democracy protests in Hong Kong that have put global businesses including the NBA to Apple in a difficult spot.

President Donald Trump has publicly hammered Biden over his close ties with China, accusing the former Vice President and his son, Hunter,  of being “paid off” by foreign interests.

Sen. Harris (D-CA) reportedly attended a reception at The Abbey in West Hollywood on Wednesday, while Buttigieg is set to attend a fundraiser at the Belasco Theater in downtown L.A.

Deadline reported earlier this week that Buttigieg attended a separate L.A. fundraiser on Tuesday at the home of former CAA agent Michael Kives, who is now head of the investment advisory firm K5 Global.

Celebrities who were reportedly in attendance include Leonardo DiCaprio, Glenn Close, Ashton Kutcher and Paris Hilton.

Hollywood is a reliable fundraising pitstop for Democratic candidates.

Hillary Clinton made numerous L.A. visits in her failed 2016 bid for the White House, including events with mega donor and billionaire Haim Saban, the founder of Saban Entertainment.

CNN’s town hall is set to take place at the Novo, at the L.A. Live complex in downtown L.A.