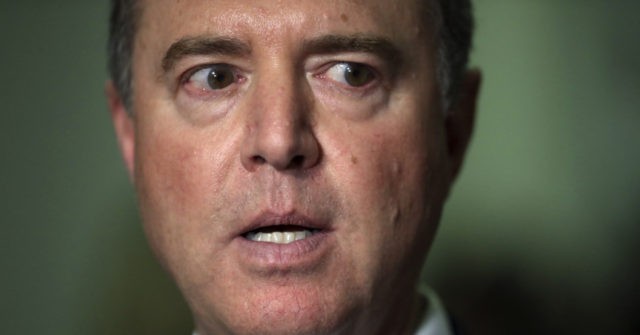 Two former National Security Council staffers that worked with the so-called whistleblower in the Obama and Trump administrations now work for House Intelligence Chairman Adam Schiff (D-CA), according to a report.

House Intelligence Committee Chairman Adam Schiff recruited two former National Security Council aides who worked alongside the CIA whistleblower at the NSC during the Obama and Trump administrations, the Washington Examiner has learned.

Abigail Grace, who worked at the NSC until 2018, was hired in February, while Sean Misko, an NSC aide until 2017, joined Schiff’s committee staff in August, the same month the whistleblower submitted his complaint.

The whistleblower was an NSC official who worked with former Vice President Joe Biden and who has expertise in Ukraine, the Washington Examiner has reported.

A career CIA analyst with Ukraine expertise, the whistleblower aired his concerns about a phone conversation between President Trump and Ukrainian President Volodymyr Zelensky to a House Intelligence Committee aide on Schiff’s staff. He had previously informed the CIA’s legal counsel’s office.

Click here to read the rest of the report.