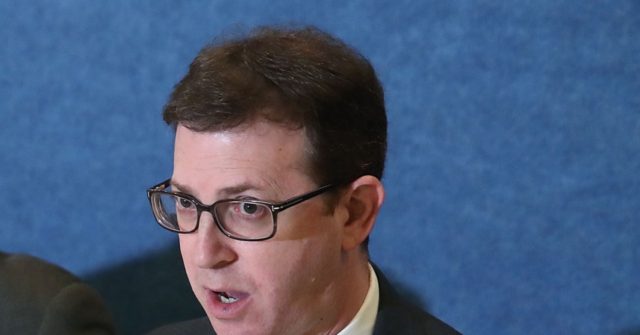 On April 25, 2018, while Mueller’s Office of the Special Counsel was investigating ultimately collapsed claims of collusion between Russia and Trump’s presidential campaign, Zaid co-authored an oped in the New York Times calling for Mueller and his staff to become “lawful whistle-blowers.”

The scheme outlined by Zaid was an option to be implemented if Trump had moved to fire Mueller and dismantle the Special Counsel’s office.

Zaid opined that if Mueller was indeed fired, he and his team “would not have to do anything illegal to disclose classified information and ensure that the American people learned the truth.”

Under such a scenario, Zaid called for Mueller to immediately take any so-called evidence to Congress, even “the most highly classified materials” and to already begin setting up a contingency plan to take action.

Zaid noted it is illegal to send classified documents using the regular Internet and that Congress doesn’t use the same secure email system as the executive branch. Therefore, Zaid suggested that an employee from Mueller’s office should immediately manually transport hard copy documents or encrypted hard drives to Capitol Hill where they would be received by a member of Congress on the House and Senate Intelligence Committees or their staff who are authorized to possess highly classified information.

Once the so-called evidence physically reached Congress about one mile from the Special Counsel’s office, Zaid surmised, Trump “probably could not contain it.”

That’s when Zaid suggested plans to get Mueller’s classified information to the public:

If necessary, members of Congress could unilaterally release classified information on the floor of the House or the Senate. The Constitution’s speech and debate clause would protect them from criminal prosecution and civil lawsuits. If Mr. Trump attempted any legal action, courts would almost certainly dismiss it on separation-of-powers grounds. With bipartisan support, Congress could even pass a new statute specifically to declassify key documents, overriding a presidential veto if necessary.

If individual whistle-blowers know what to ask for, they can also litigate. To force the government to release specific classified documents, they can follow administrative declassification procedures and sue under the Freedom of Information Act. Any Justice Department official who destroyed documents during litigation would be violating multiple criminal statutes. In such a high-profile case, it’s hard to say how successful such litigation would be, but in other matters, journalists have quite often won such lawsuits against the government.

Mr. Mueller could also write an article describing what he learned, and submit it to the Department of Justice for prepublication review for classified material. If the department insists on redacting even one word, Mr. Mueller could sue to enforce his own First Amendment rights to communicate with the American people on matters of public concern. Courts have sometimes ruled favorably in less-prominent cases.

Zaid is representing the so-called whistleblower as an attorney for the small Compass Rose Legal Group. The firm’s founder, Andrew Bakaj, confirmed that his law firm is also representing “multiple whistleblowers in connection to the underlying August 12, 2019, disclosure to the Intelligence Community Inspector General.”

Breitbart News reported that a search of Bakaj’s Twitter account finds rabid anti-Trump posts such as repeated advocacy for Trump cabinet members to invoke the 25th Amendment of the Constitution to remove Trump as president over claimed competency issues.

Zaid’s twitter profile doesn’t mention that he co-founded Whistleblower Aid. That detail is also not mentioned in Zaid’s bio on his attorney website although it was advertised in his Times oped with Tye concerning Mueller.

Whistleblower Aid has been actively helping the first whistleblower also being represented by Zaid by setting up a GoFundMe page seeking to raise funds for the purported whistleblower’s defense. The page already brought in some $210,066 with a goal of raising $300,000.

Whistleblower Aid was founded in September 2017 in the wake of Trump’s presidency to encourage government whistleblowers to come forward.

The group did not sit around waiting for whistleblowers. Upon its founding, Whistleblower Aid actively sought to attract the attention of Trump administration government employees by reportedly blasting advertisements for its whistleblower services on Metro trains, using mobile billboards that circled government offices for 10 hours a day, and handing out whistles on street corners as a gimmick to gain attention.

When Whistleblower Aid was first formed, the main banner for the mission statement of its website contained clearly anti-Trump language.

“Today our Republic is under threat. Whistleblower Aid is committed to protecting the rule of law in the United States and around the world,” read the previous statement which can still be viewed via the Internet Archive Wayback Machine.

That part of the mission statement received attention in the conservative media.

The sentence “today our Republic is under threat,” has since been scrubbed from the website.  The mission statement now only reads, “Whistleblower Aid is committed to protecting the rule of law in the United States and around the world.”

Speaking to the Washington Post just after Whistleblower Aid’s founding, Tye claimed, “This is not a partisan effort,” and then went on to express seemingly partisan alarm about Trump.

Tye continued, “At the same time, yes, the rule of law starts with the office of the president. Like many other people, we are definitely concerned about things that are happening in the administration. The decision to fire [FBI Director] James Comey. The lack of transparency. A lot of people have questions about whether this administration respects the rule of law.”

Zaid doubles as Executive Director and founder of the James Madison Project, which says it seeks to promote government accountability.  The Project features on its four-person advisory board John Podesta, who led Hillary Clinton’s 2016 presidential campaign, served as Chief of Staff to Bill Clinton and founded the Soros-funded Center for American Progress pushing a progressive agenda.

Whistleblower Aid co-founder Tye himself is a whistleblower. He is a former State Department official who went public in 2014 about U.S. government electronic surveillance practices.

Mr. Tye has worked at the Southern Poverty Law Center, Avaaz, and also Southeast Louisiana Legal Services as a Skadden Fellow. He was on the board of directors of the American Civil Liberties Union of Louisiana.

The Southern Poverty Law Center is known for its anti-conservative stance and controversially publishes a “hate map” listing groups that warn about radical Islam such as Jihad Watch, the Clarion Project, the Center for Security Policy. On that same “hate map” are racist extremist organizations like Global Crusaders: Order of the Ku Klux Klan and United Klans of America.

Tye’s other former employer, the American Civil Liberties Union (ACLU), is financed heavily by billionaire activist and Democratic Party mega-donor George Soros and is known for its hyper-partisan liberal activism.

Avaaz, a radical group where Tye served as campaign and legal director, describes itself as a “global web movement to bring people-powered politics to decision-making everywhere.” The group has repeatedly engaged in anti-Israel activism.

Channeling the mantra of radical community organizer Saul Alinsky, Avaaz says it aims to “organize citizens of all nations to close the gap between the world we have and the world most people everywhere want.”

The same year that Whistleblower Aid was founded, Avaaz’s former general counsel and campaign director, Ian Bassin, in 2017 formed United to Protect Democracy. The latter is a grouping of former top lawyers for the Obama administration working to utilize legal advocacy methods to oppose Trump’s policies.