“Aquaman” star Jason Momoa may look like a tough action hero to some, but he has a softer side, too.

Not only is he an actor, but the “Game of Thrones” star is also a rock climber, a husband and father, an environmentalist, an entrepreneur and a filmmaker. He recently told Esquire he enjoys his Guinness ice-cold, loves dogs, and especially loves his kids and wife Lisa Bonet.

Momoa and Bonet have been together for 12 years and have two children, a 12-year-old daughter Lola and a 10-year-old son Wolf. Momoa is also a stepfather to Bonet’s daughter with her ex-husband Lenny Kravitz, 30-year-old Zoe Kravitz.

‘AQUAMAN’ STAR JASON MOMOA ON PROTECTING HIS KIDS FROM FAME: ‘I TURN INTO A BIT OF A DIFFERENT ANIMAL’ 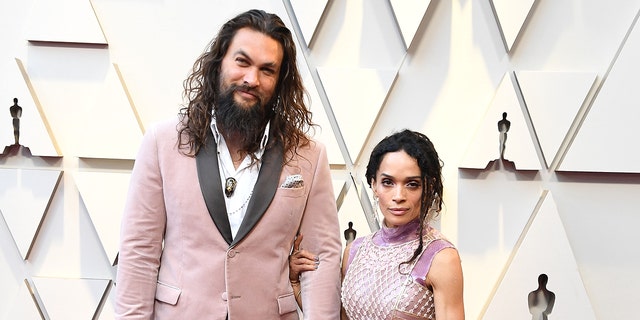 Momoa revealed to Esquire that his kids don’t go to him for secrets.

Momoa said he wants his children to understand what their dad does all day for a living.

“They got raised on the Justice League set,” he told Esquire. “Running around with the Batmobile… wearing the tiara from Wonder Woman.”

But he also wants Lola and Wolf to understand and respect the world outside of a film set, he said.

Momoa has involved his children in protesting against climate change and fighting for environmental protection, he said.

The actor said he has gigs lined up through 2022 but tries his best to stay active in his children’s and wife’s lives.

Momoa said he installed a rock climbing wall in his house and is teaching his kids how to belay, a technique used by climbers to keep tension on a rope while another person is climbing.

He reminisced about his rise in the Hollywood scene, including his first TV role on “Baywatch: Hawaii” when he was 20.

“I fell in love with the art of acting. But no one took me seriously. Baywatch isn’t known for its […] quality of acting. I couldn’t get an agent to save my life,” Momoa said.

Then he moved to Los Angeles and worked as a bouncer, living in a trailer until he finally got a part in a Lifetime movie, he told Esquire.

Momoa’s latest project is the Apple TV+ show called “See,” which is slated to debut Nov. 1.