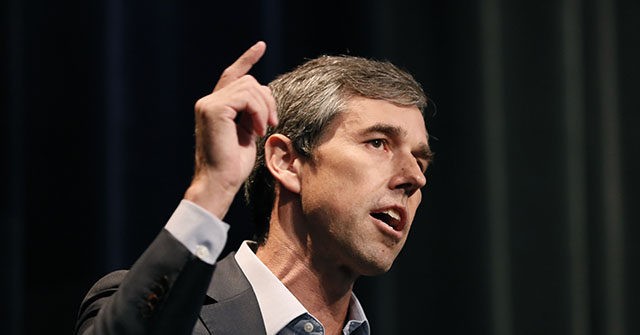 During an October 16, 2019, CNN interview, Democrat presidential hopeful Robert “Beto” O’Rourke suggested that mass shooters will hand over their AR-15s under his forced buyback plan.

O’Rourke went through his normal claims that he believes Americans will comply with the buybacks by handing over their AR-15s and similar commonly owned semiautomatic rifles.

O’Rourke responded, “Our fellow Americans will follow the law, yes.”

Costello countered, “Mass shooters … don’t follow the law — by definition.” She added, “It doesn’t make sense that people are going to hand over their ‘assault weapons’ if they’re mass shooters. If they want to do harm to people, they’re not going to follow the law.”

CNN roasted Beto and his confiscation scheme – SHOCKING, we know. They kept reminding Beto that criminals don’t follow laws and won’t turn in their guns. Beto refused to answer how he plans on carrying out his scheme. This came hours after Beto promised to go door-to-door. pic.twitter.com/fCa08Q4df4

O’Rourke responded to Costello’s line of questioning by suggesting that anticipated compliance with a legislative proposal ought not be the litmus test for whether the proposal is adopted.

The National Shooting Sports Foundation calculates there are more than 16 million privately owned AR-15s in the United States.