Twitter users were laughing – maybe even in their sleep — at a comment Cory Booker made during Tuesday’s Democratic presidential debate in Ohio.

At one point, Booker was asked if he would break up tech giants like Facebook and Amazon if he were elected president.

“We need regulation and reform,” the U.S. senator from New Jersey responded. “And antitrust, I mean, Robert Bork right now is laughing in his sleep. We have a reality in this country where antitrust from pharma to farms is causing trouble, and we have to deal with this.”

The reference to Bork laughing in his sleep drew chuckles because the author of “The Antitrust Paradox” — who was nominated to the Supreme Court by President Ronald Reagan in 1987 but failed to win Senate confirmation – died in 2012 at age 85.

“Ummm, someone needs to tell Cory Booker that Robert Bork is not asleep,” one user wrote.

“If Robert Bork is asleep,” another chimed in, “Trump should wake him up and replace RBG with him to own the libs.” 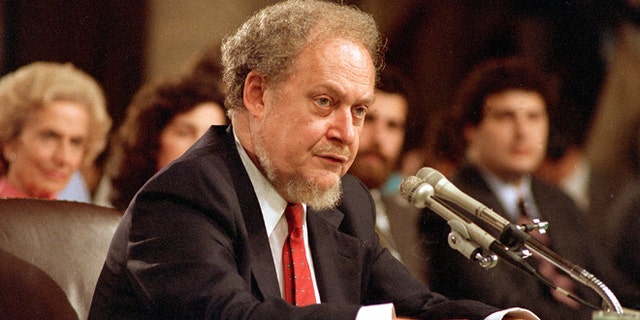 “When I defeated Robert Bork, I made sure we guaranteed a woman’s right to choose for the better part of a generation,” said Biden, a former U.S. senator from Delaware who chaired the Senate Judiciary Committee at the time.

Booker’s presidential aspirations may soon go the way of Bork’s Supreme Court nomination: A recent Fox News Poll showed more voters viewed Booker unfavorably than favorably – and showed 32 percent of voters saying they either never heard of Booker or had no opinion of him.