Two men were shot and killed early Saturday morning at a Pennsylvania campground after attempting to intervene in a domestic dispute between another man and his girlfriend, according to officials.

The Bucks County District Attorney’s Office said in a news release the incident happened around 2 a.m. Saturday at the Homestead Family Campgrounds in West Rockhill Township, located about 20 miles south of Allentown.

The victims and the suspect were among a group of 16 friends and relatives on an annual camping trip taking place this weekend at the campground.

Prosecutors said that 40-year-old Miles K. Jones of Philadelphia fatally shot Eric Braxton, 41, and Arthur Hill, 46, also of Philadelphia, after the pair intervened in an argument between Jones and his girlfriend. 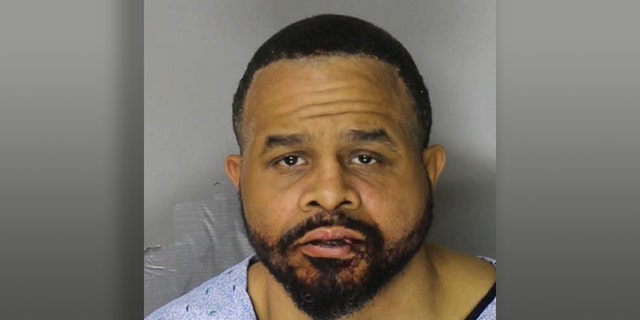 Miles K. Jones, 40, of Philadelphia was charged with criminal homicide, possession of an instrument of crime and recklessly endangering another person in connection to the shooting. (Bucks County District Attorney’s Office)

Early in the morning, an argument had erupted between Jones and his girlfriend, and the woman told Jones to leave the tent they were sharing, according to prosecutors. That argument then escalated into Jones flipping the tent before the victims came to the woman’s assistance, officials said in a news release.

“He returned about 15 minutes later with a loaded 9-mm. handgun and he shot both victims,” Bucks County District Attorney Matthew Weintraub said at a news conference.

Between three and six shots were fired during the incident, according to prosecutors.

Braxton died at the scene, while Hill was transported to an area hospital where he was pronounced dead.

Jones was charged with criminal homicide, possession of an instrument of crime and recklessly endangering another person and was arraigned on Saturday afternoon. The 40-year-old is currently being held without bail at the Bucks County Correctional Facility and is scheduled to have his next court appearance on Oct. 31.