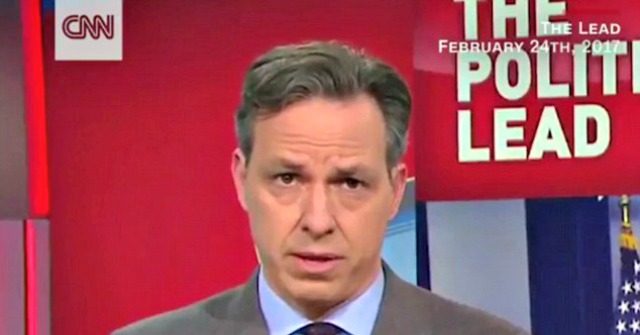 Sen. Hawley recently started arguing with Greg Sargent, a writer for the Washington Post’s The Plum Line blog, regarding an article that said D.C. bureaucrats reportedly consider it a “punishment” to move to Missouri.

“The agency has managed to hire a few sharp new researchers in Kansas City, but they’re just a drop in the bucket.” Because of course there are no smart people in Kansas City or the Midwest. You can’t make this stuff up.

The Missouri conservative contended he was merely defending his home state and that the left has engaged in “open contempt for the people of the heartland.”

Sen. Hawley said that “only a smug, rich liberal elitist would say that defending your home is ‘phone pastoral posturing.’”

Only a smug, rich liberal elitist would say that defending your home is “phony pastoral posturing,” whatever that means. No, Greg, I don’t think living in Missouri is “punishment.” But this is the new left: utter, open contempt for the people of the heartland and all we love https://t.co/0F8e3OZttq

Hawley asked rhetorically, “Want to know why Missouri voted for @realDonaldTrump by almost 20 points? This is why.”

Want to know why Missouri voted for @realDonaldTrump by almost 20 points? This is why

Sen. Joni Ernst (R-IA) echoed Sen. Hawley’s sentiment, saying that the “elitism of the Swamp is out of control.”

Ernst said that D.C. bureaucrats are “supposed to work for the American people– not the other way around.”

Wow @HawleyMO this is unbelievable. The elitism of the Swamp is out of control. They’re supposed to work for the American people—not the other way around. https://t.co/bf9XGLcmqp

Sargent has written leftist pieces at the Washington Post for years. In March 2016, Sargent called then-candidate Donald Trump a “nightmare nominee,” saying that not even white men like Trump.

In March 2019, Sargent wrote that Trump is “likely emboldening hate groups through his rhetoric.”

The Post columnist asked in the wake of the New Zealand terrorist attack, “Are Trump’s words emboldening white nationalist and white supremacist activity at home and abroad?”

On Monday, Sargent said that the “we” should describe President Trump, Russian President Vladimir Putin, and Hungarian Prime Minister Viktor Orban as a new “Axis of Autocracy.”

I propose that we describe Trump, Putin, and Orban as a new “Axis of Autocracy.”

Bill Taylor’s testimony may shed more light on this.

In response to Hawley’s criticisms, Sargent went to his blog Monday night to accuse Hawley of racialist dog-whistles.

Hawley often rails at elites who, he claims, have contempt for the “great American middle,” because it’s supposedly at odds with the elite cosmopolitan “consensus” favoring globalization and immigration.

Indeed, as Will Wilkinson notes, Hawley’s “great American middle” is in reality code, an effort to recast the minoritarian America of “nonurban whites” who fundamentally reject this country’s “multiracial, multicultural national character” as the American mainstream.

This “great American middle” apparently does not include the large majorities who hold allegedly “elite” positions such as favoring the legalization of millions of undocumented immigrants and opposing further immigration restrictions.

In which ⁦@HawleyMO⁩ calls a Jewish journalist a “smug, rich liberal elitist” https://t.co/44Mh94mcnO

Many conservatives came to Hawley’s defense, slamming Tapper’s attack on the Missouri senator.

One can be a smug, rich liberal elitist without being Jewish. Don’t lump me in with your crowd. https://t.co/VBSFXyPuF6

As a Jew, let me say that your bullshit attempt to paint @HawleyMO as an antisemite is so loathsome and repulsive, it could only come from a @CNN hack. Shame on you. https://t.co/8Gta14cq3U

Wtf Jake? What does him being Jewish have to do with that insult?

With so much blatant and actual antisemitism going on across the political spectrum, it’s not helpful to invent dog whistles. Especially when so many people are ignoring bullhorns.

Sen. Hawley said Monday night that the “liberal snobs” call living in Missouri a punishment, and they call Hawley a “secret racist” for “daring to disagree.”

“Then they wonder why the American middle feels disrespected,” he added.

The liberal snobs call living in Missouri a form of “punishment” and then call me “ugly” and “phony” and a secret racist for daring to disagree. Then they wonder why the American middle feels disrespected https://t.co/61Kc5sXXLG

For defending my homestate of Missouri, liberal media have called me “phony,” “ugly,” “smarmy,” a racist and now an anti-Semite. All in 24 hrs. This is how they bully those who aren’t part of the DC club. But I don’t care what slurs they use, I will ALWAYS defend Missouri https://t.co/pfUGKEbcv5

Today, in response to Tapper’s attacks on him, Hawley said that he has been called an antisemite and a racist for “defending my home state.”

“This is how they bully those who are not part of the DC club. But I don’t care what slurs they use. I will ALWAYS defend Missouri,” Hawley said.

Tapper then claimed that he did not imply that Hawley was an antisemite.

I didn’t label you anything. I stated a fact. You used those terms to describe a Jewish journalist. Why did you say Greg was “rich”? What is it about him that suggests he’s wealthy?