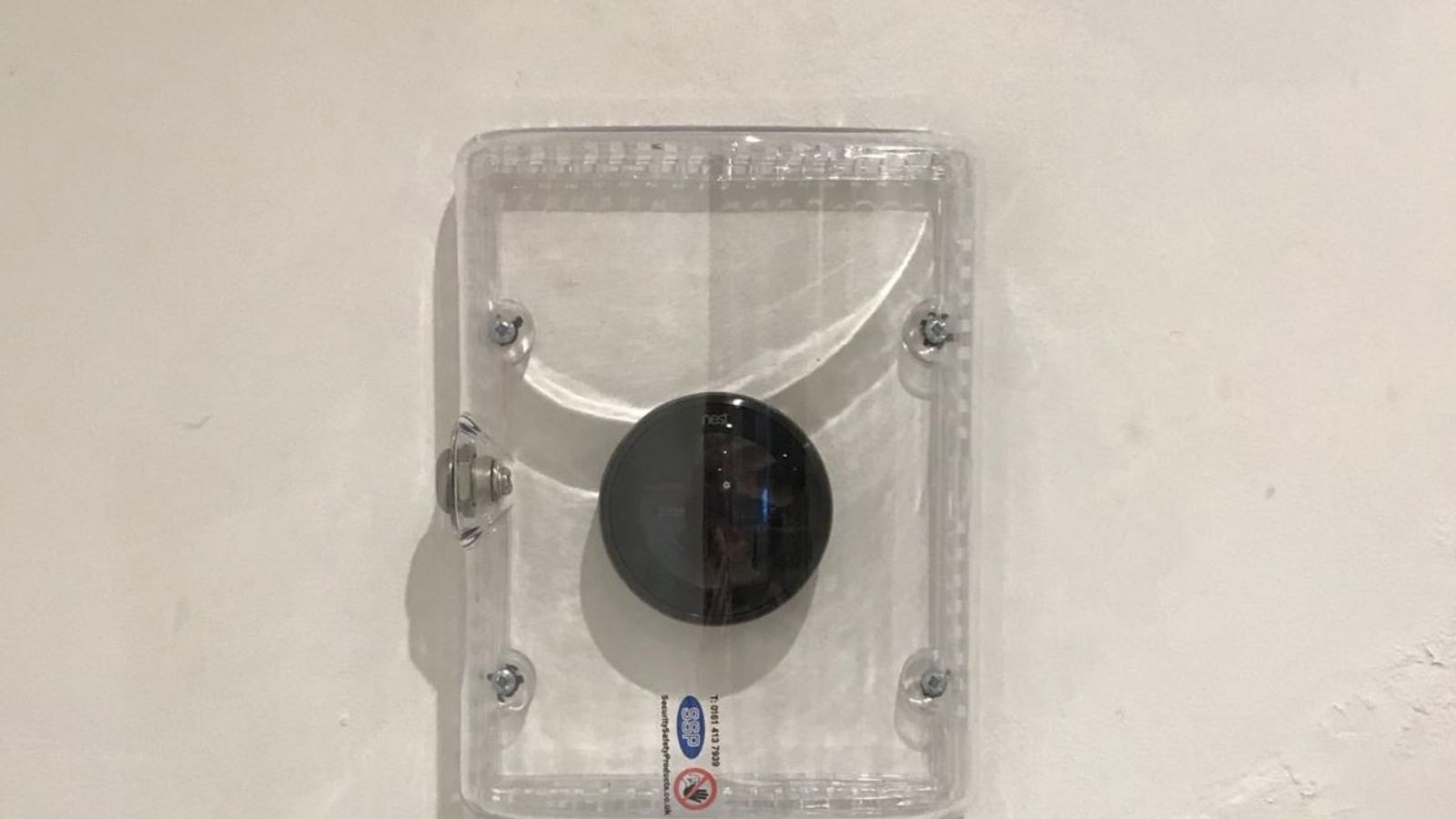 A renter has been left unable to turn his heating up or get hot water after his landlord locked his thermostat in a clear box.

Alex Milsom, 21, had a new thermostat installed – and one day, when he was out, the landlord appeared to enter the property and install a locked cage around it.

The London tenant, who works in communications and media, shared a picture of the thermostat on Twitter and it went viral – with many sharing their own landlord stories.

Mr Milsom said: “Hilariously/alarmingly this is a common experience as other people who have replied to my tweet have told me.

“We had the Nest [thermostat] installed earlier this month, and then sometime between Friday night and Saturday afternoon we found our Nest adopted the motto of MC Hammer – namely ‘can’t touch this’ – and lo and behold we had no ability to control the thermostat.”

Being unable to turn up the thermostat has also meant those living in the house have reportedly been unable to heat water, with Mr Milsom saying he’s been forced to shower at work.

He added: “People across London, the UK, and indeed across the world have replied to my tweet to say about their experiences. From landlords who have taken away heating to landlords who have been even worse, it’s a really important discussion that I’m glad we had.

“It was also super endearing how everyone has been willing to support me as well – from free legal advice to everything else under the sun!”

Polly Neate, chief executive of Shelter, said: “This is yet another example of the raw deal private renters get in England.

“If your home is excessively cold or hot, it can be classed as a hazard under the health and safety rating system for rented homes. It is not acceptable for a landlord to provide an inadequate level of heating.”