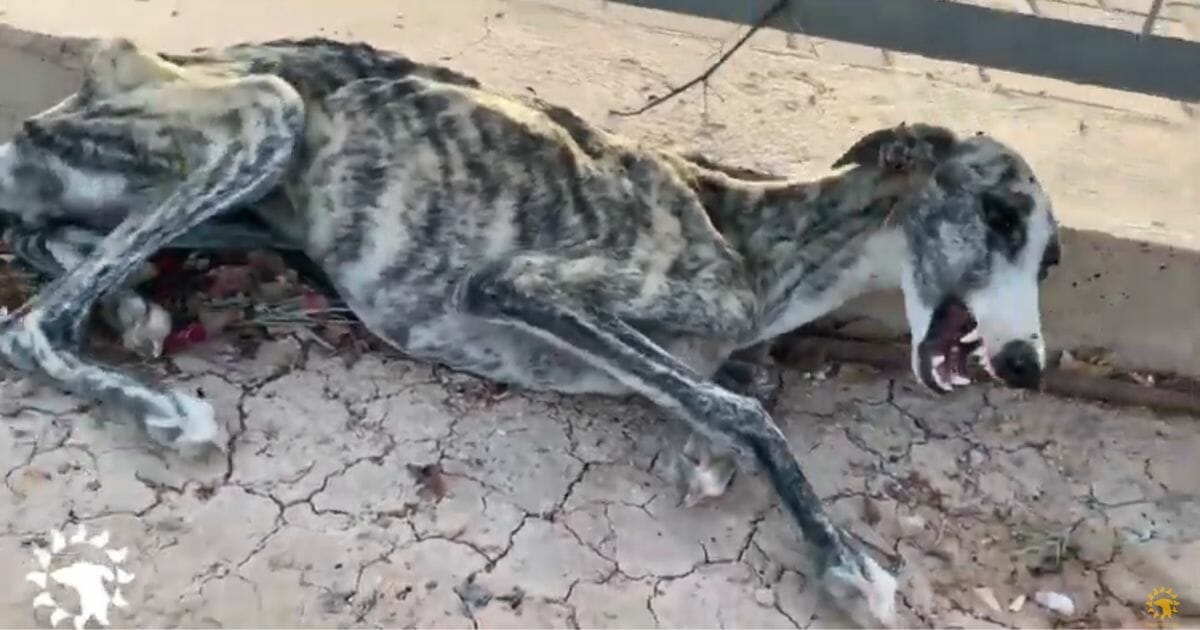 Greyhounds are beautiful, elegant dogs exploited over the years for their ability to hunt and race. They are impressive animals and one of the planet’s fastest breeds.

They need a steady hand and owners, along with other sighthound breeds, who understand that these dogs have a profound need to chase and run — it’s in their DNA.

Their abilities have led to overbreeding for racing and hunting purposes, where the dogs are considered to be tools or property and discarded if they do not measure up. While this often occurs in the us, it’s also a big issue in Spain.

In Spain, the greyhounds that are bred for hunting are referred to as “galgos,” and they are the purpose of a rescue called “Galgos del Sol.”

“Galgos del Sol is a large rescue based in Murcia, Spain that rescues abandoned and injured galgos (Spanish hunting greyhounds), rehabilitates them and finds them forever homes in the UK, US and Belgium,” the rescue’s “About” page states. “Thousands of galgos are abandoned or killed annually at the end of each short hunting season and as they are not always viewed as potential pets in Spain, they usually end up in perreras (pounds), where their lives are ended, often not in ways we would consider humane.”

“Galgos del Sol is entirely dependent on fundraising for its survival and is run founder, Tina Solera, assisted by a group of dedicated volunteers based in Spain, USA, Belgium and the UK.”

One particular dog that has recently brought much recognition to the rescue is a lithe greyhound named Matilda. While she is now a strikingly graceful creature, when she was first discovered on the streets, she was in shockingly bad shape.

Nearly every bone in her body, jutting up through her thin skin and dull coat, was visible when found. She was frightened and in poor shape, and her screams were heartbreaking. She looked hollow, and she had not experienced kindness from a human in some time.

Galgos del Sol explained that these dogs are sometimes born in “bunkers” and do not see people until they are months or years old.

Matilda would like to say a huge Grassy Ass to The Dodo for sharing her story on Instagram. Over 2 million hits and lots…

Her rescuer told The Dodo that she was quite positive the dog had been hit by a car because of her state and cries, but the pup didn’t have any signs of broken bones. Soon, the petrified dog realized that these new humans meant her no harm.

With the amazing efforts of dedicated volunteers and a pack of confident, rehabilitated sighthounds, Matilda began to gain weight once again and come out of her shell. She began to show her carers that she was a bit of a fireball, and would require an owner who was patient and knowledgable.

“The journey of Matilda has been emotional for many and we hope you will be excited to see the re-cap with a VERY special ending,” Galgos del Sol shared on Oct. 19. ” We decided to make it Sweet Life Saturday night and even if you are out dancing you will want to see this! Thank you to everyone who supported Matilda and GDS, a survivor in so many ways, just a puppy hidden from the world untill dumped cruelly onto the streets, she had so much to learn and she did it. From Street Life to Sweet Life!”

Fortunately, with a woman living near the rescue, Matilda found a wonderful home. The rescue explained in a comment on their adoption announcement that although many had applied to be the new family of Matilda, they were drawn to one woman in particular.

“It was important that whoever adopted her realised she was no longer the needy pathetic little soul in the gutter but was in fact cheeky, naughty, a handful etc etc,” they wrote. “The original video was very emotive and that in her case could not be part of why someone was adopting her. She is no longer that dog.”

“There were many amazing applications and it was so hard but in the end it came down to her adopter being here, Matilda liking her and vice versa and living just up the road.”

“Matilda had a great start, loves her new brother and sister, lots of zoomies apparently and then settled down for the night,” they posted on Oct. 20. “Already miss this little munchkin but they have to move on to the sweet life.”