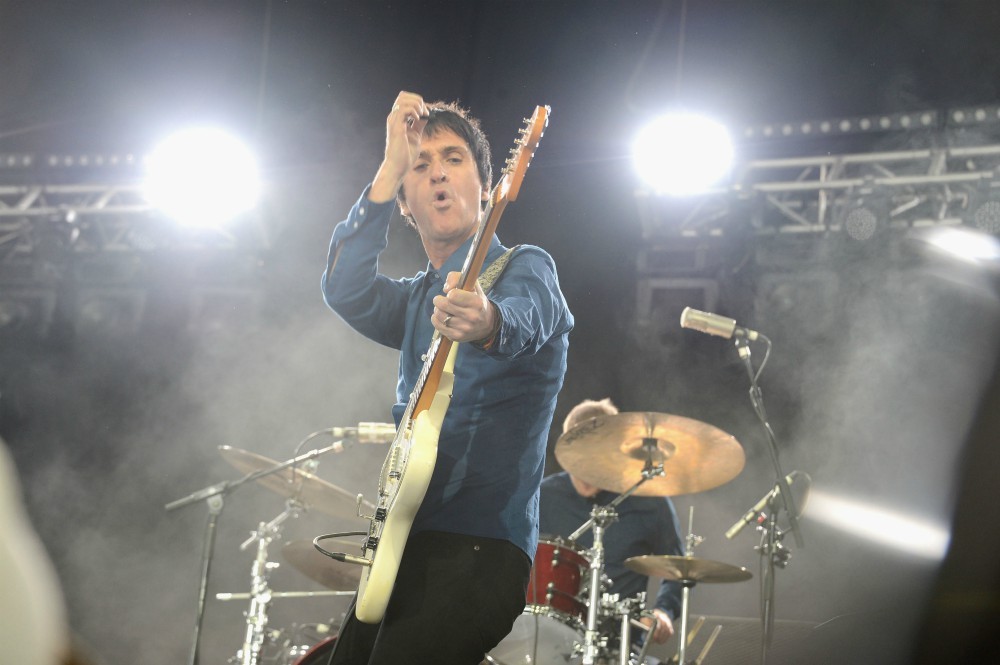 Johnny Marr has once again squashed rumors that The Smiths are getting back together. That in and of itself is nothing new. The 56-year-old guitar god has been shooting down rumors of a reunion with Smiths frontman turned reactionary heel  Morrissey since the legendary yet relatively short-lived band split up in 1987. At least this time, Marr had a little fun with it after a fan tweeted at him asking for confirmation about a supposed Smiths reunion tour that’s being planned by “concert industry insiders,” per fan site Morrissey-Solo.

“Need to know pretty sharpish so I can get a loan and sell everything I own to go to every date,” the fan wrote on November 6.

Marr replied, quite succinctly, “Nigel Farage on guitar,” referring to the hard right Brexit Party leader and anti-immigration hardliner. In other words, Morrissey would have more luck getting the former UK Independence Party leader on stage to strum the opening notes to “How Soon Is Now?” cause Marr ain’t doing it.

Although Morrissey and Marr were once best friends and close creative partners, these days, their politics couldn’t be more different. Moz went on The Tonight Show Starring Jimmy Fallon wearing a pin in support of the extreme right wing For Britain party and has espoused horrifically hateful opinions about Muslims and immigrants. Marr, on the other hand, is an avowed leftist and channeled all his post-Brexit despair into his hopeful 2018 solo album Call the Comet.

When asked by SPIN in 2018 if Marr felt like he dodged a bullet by not reforming the Smiths with a core member who happens to have repugnant political views, he was a little cagey.

“I don’t know whether I dodged a bullet because of that. I just feel like we never reformed because we shouldn’t have reformed,” Marr said.  “I don’t like ‘dodging the bullet,’ because there’s so many reasons why we haven’t reformed. I think that’s fair to say, and I don’t think that would come as any kind of puzzle or surprise to anybody. I don’t feel like I dodged any bullets. And also we never really got close to reforming, except for a conversation that happened quite a long time ago.”