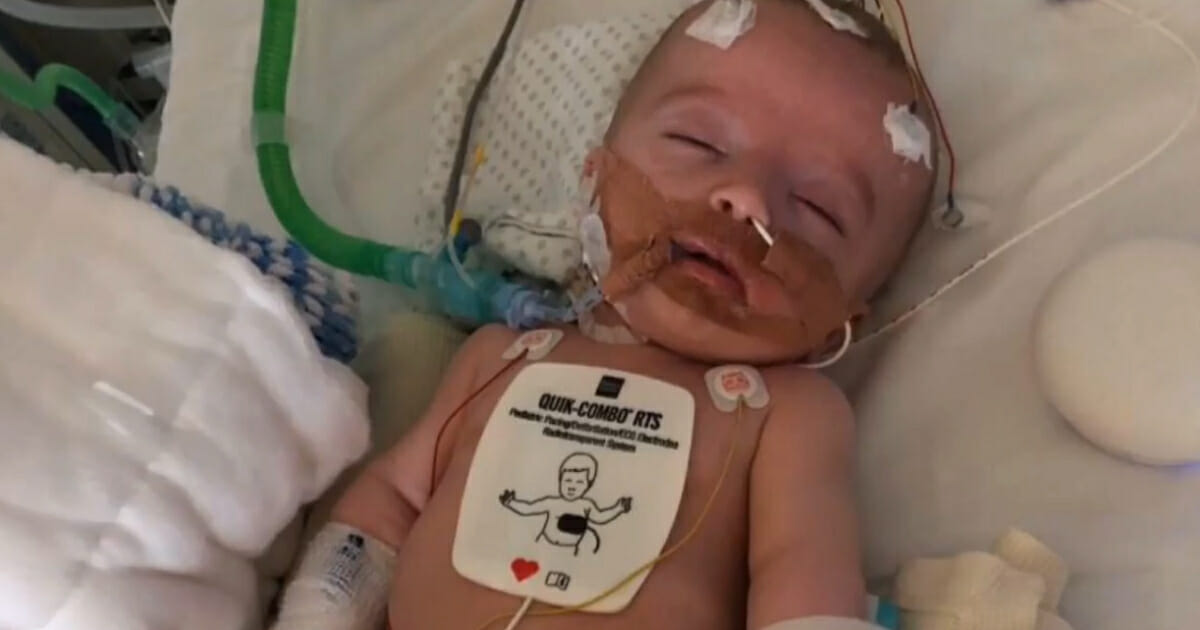 Baby Michael has been diagnosed with cardiac fibroma, which is when a tumor is attached to the septum within the left chamber of ones heart. Please pray.

A United Kingdom family is desperate to bring their baby boy to America for a life-saving heart surgery they don’t have locally.

In March, when he was only 14 weeks old, baby Michael Labuschagne from Bristol went into cardiac arrest. His parents, Stuart and Emma Labuschagne, were anxiously watching as paramedics were attempting to save the life of their son.

“Words cannot begin to describe the pain we felt in that moment,” his mother shared on a GoFundMe campaign set up to raise funds for Michael’s trip to the US to attempt to save his life.

“We watched our baby breathless, gasping for air while his heart stopped and paramedics worked to save his life. In that moment I did not think Michael would make it through.”

Tissues at the ready… 😢

Michael had been without oxygen for about nine minutes and was in a coma for five long days.

Doctors told Stuart and Emma that if he did wake up at all, he would probably not be the same baby.

According to an emotional video posted on Facebook by Michael’s mother, only 7 percent of people survive a cardiac arrest outside the hospital, but shockingly, Michael’s baby beat the odds.

Michael, who had fought bravely for his little life, had hope.

Finally we’ve had the news we had been so desperate to hear. Boston Children’s Hospital USA have reviewed Mikey’s…

Michael was then diagnosed with cardiac fibroma, which is when a tumor is attached to the septum within the left chamber of ones heart.

The diagnosis is extremely uncommon — so rare in the U.K. that Michael must actually take a trip to Boston to undergo surgery with some of the finest pediatric heart surgeons in the world.

The surgery would greatly improve, if not permanently cure, Michael’s heart condition.

In the interim, Michael is having to live with a pacemaker and defibrillator, devices that are buying precious time for the life-saving surgery he desperately needs.

🌎🌎 INTERNATIONAL NEWS PEOPLE!!🌏🌎 Thank you so much, each and every one of you!! 💙Xxx#MichaelsMiracle #GetMikeToBoston

Stuart and Emma have already gathered more than the nearly $150,000 U.S. dollars (£116,000) it costs for his surgery at Boston Children’s Hospital.

“The dream is to get him to Boston as soon as we can,” Emma wrote on the GoFundMe campaign.

“Every day we worry if it will be our last with Michael. Please help us to get his tumour removed.”