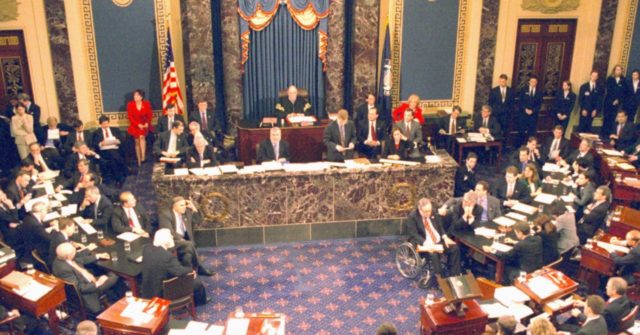 CLAIM: The name of the impeachment “whistleblower” cannot be revealed by law, and President Trump has no right to demand he come forward.

VERDICT: FALSE. No law protects the whistleblower’s identity except in limited circumstances, and Trump has the Sixth Amendment right to confront his accuser at trial.

Democrats say that the so-called “whistleblower” whose complaint they are using in their “impeachment inquiry” against President Donald Trump deserves to have his identity protected — perhaps indefinitely.

They are claiming, incorrectly, that federal law prevents the disclosure of the whistleblower’s name. In fact, the federal statute on whistleblowers only bars the Inspector General of the Intelligence Community (ICIG) from identifying the whistleblower. Anyone else — including President Trump himself — may do so legally, according to National Public Radio (NPR) — hardly a conservative outlet.

Remarkably, media outlets — including, apparently, Fox News — are suppressing the whistleblower’s name, for no particular reason.

But they cannot hide him forever. If the House impeaches the president — as many expect it to do, on a party-line vote — then the Senate will hold a trial, according to Senate Majority Leader Mitch McConnell.

And in that trial, the president will arguably be entitled to many of the rights that a defendant would have in an ordinary court — including the Sixth Amendment right to confront his accuser.

In all criminal prosecutions, the accused shall enjoy the right to a speedy and public trial, by an impartial jury of the state and district wherein the crime shall have been committed, which district shall have been previously ascertained by law, and to be informed of the nature and cause of the accusation; to be confronted with the witnesses against him; to have compulsory process for obtaining witnesses in his favor, and to have the assistance of counsel for his defense.

It therefore follows that the only way to guarantee that the whistleblower is never outed is not to impeach the president.

Salvador Rizzo of the Washington Post awarded Sen. Rand Paul (R-KY) four Pinnochios — its very worst rating, reserved for the most egregious lies — for claiming President Trump has Sixth Amendment right to confront the whistleblower. Aside from the absurdity of assigning four Pinocchios to a legal argument,  Rizzo even concedes there is nothing in the law that prevents the whistleblower’s name from being revealed, except “best practice.”

Rizzo concludes that “The Sixth Amendment applies only in criminal prosecutions, not impeachment.” He leaves out the fact that the Senate must try impeachments, with the Chief Justice presiding. In that phase, there is ample precedent to suggest that the Sixth Amendment applies. And even if the Chief Justice were to rule that it does not, the Senate can overrule him. If the president wants to call the whistleblower to testify, he will likely have to do so.

Democrats might be able to hide the whistleblower if they conduct their inquiry as an ordinary oversight inquiry, rather than one aiming at impeachment.

But despite their self-righteous posturing about protecting the whistleblower, their priority is to impeach the president, by any means necessary.