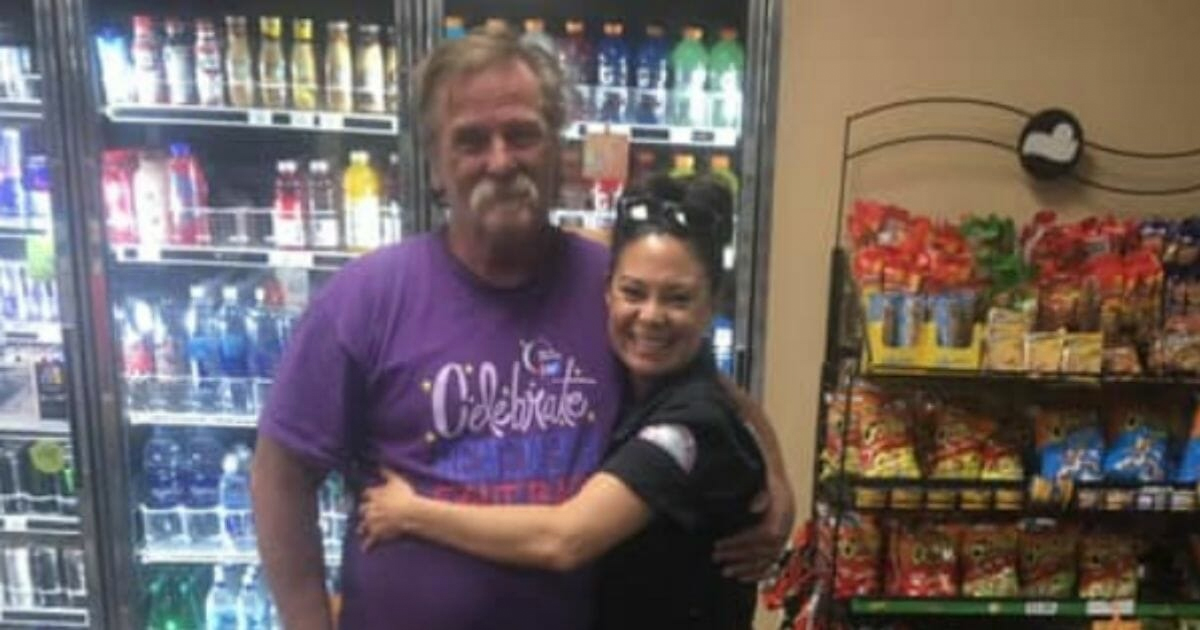 Although looking at those who struggle to turn their lives upside down and judging them can be easy, we are all just a few steps away from their situation.

Homelessness and substance addiction are both frequently caused by some kind of catastrophic loss— whether it’s job loss, loved one, sense of self, or some other type of human experience that’s often taken for granted, there’s typically some catalyst that begins the downward spiral.

Once, nearly a decade and a half ago, Jeanah Nomelli came across a man digging through the garbage, she didn’t know what led him to his current state, but she was curious.

According to Bored Panda, she was a police officer at the time, and she approached the homeless man named Will to ask what he was doing. His answer was one of the most honest and heartbreaking things you’ll hear.

“This is Will. 14 years ago he was homeless and addicted to heroin,” the police officer shared in an Oct. 24 Facebook post. “We met as he was digging in the dumpster looking for recyclables.”

“I asked him what possessed a man to do such a thing… he shared that his wife died unexpectedly and in the wake of her death, he tried heroin- ONE TIME and became addicted.”

“He lost his home and job as a result of his addiction,” she continued. “Over the next several months, Will and I developed a friendship. I looked forward to posting at hatch and Herndon in hopes I’d get to see him. I liked him more than my partner at the time so I enjoyed seeing him as often as I could!”

“We helped each other through a few tough times by offering advice and life experience. Then- one day he was gone! I never saw him again…. over the years I’ve wondered what happened to him. I wondered if he was even alive.”

But Will was alive — and doing great. And a few years later, he spotted the police officer who’d approached him when he was at rock bottom and had to speak to her again.

This is Will. 14 years ago he was homeless and addicted to heroin. We met as he was digging in the dumpster looking for…

“God allowed our paths to cross again… ironically in a different Chevron,” Nomelli wrote. “He was waiting for me outside the bathroom. He stood there with tears in his eyes and asked if I remembered him. It took me about 2 seconds and I knew!! It was my Will!!”

He was doing better. So much better.

His life was completely different – and it all started with that conversation years ago.

“He nostalgically reminded me about a pair of boots and a jacket I gave him to make sure he didn’t freeze,” she wrote. “I also gave him $7 to get his ID… with a promise that he wouldn’t spend it on drugs. He kept his promise! He got his ID, and a job, later a wife and found grace in the arms of our heavenly creator!”

She said that they “snot cried” in the middle of the gas station convenience store, but were able to get the clerk to take a photo of them.

“I wanted to share this story because kindness matters!! IT MATTERS!” she wrote. “It can change the course of someone’s world! You may never know it, but Will is proof of that! Be Kind in All you do! One day it will find you and overwhelm you with eternal gratitude.”

Their story clearly impacted the souls of many people, and they’re both happy to encourage others with their tale.

“I have permission to speak for both of us, Will and I are honored to be able to spread a message of LOVE and KINDNESS across this meaningful platform!” she added on Thursday. “Thank you ‘Love What Matters’ for allowing it to happen!”