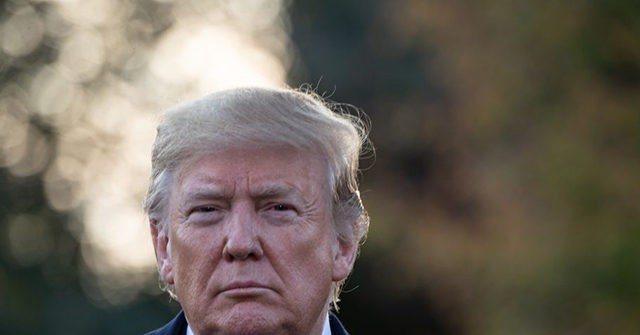 As Democrats prepare the premiere of the impeachment narrative they’ve been crafting for weeks, President Donald Trump’s reelection campaign is prepared to tear it apart.

“We’ve been through it before,” a Trump campaign source told Breitbart News. “We’re old enough to remember when they were going to impeach the President over collusion with Russia.”

The Trump war room exists within the president’s re-election campaign office, where political veterans familiar with the Democrat tactics in Congress are ramping up their battle station in defense of the president.

Since the day House Speaker Nancy Pelosi announced her decision to begin the impeachment inquiry, the Trump campaign has fought back against the narrative that the president committed an impeachable offense, rallying supporters to their side.

The fundamental principle remains the frequently repeated claim by the president after he released the transcript of his call with Ukrainian President Volodymyr Zelensky in July.

“We’ve all seen the transcript and the President did nothing wrong,” a campaign official told Breitbart News.

The digital war room staff now has 16 staffers ready to respond to any of the Democrat attempts to attack the president.

The White House has also bolstered its communications staff for the fight.

Former top Treasury aide Tony Sayegh was brought back to the White House to help coordinate the messaging strategy for the upcoming hearings.

Sayegh is widely respected in the administration for helping sell the president’s successful 2017 tax cuts, pushing a tough messaging strategy to get Republicans to get the job done by Christmas.

Sayegh was spotted on Capitol Hill on Tuesday, according to McClatchy, as he attended a meeting with House Republicans about Wednesday’s public hearings with Former United States Ambassador to Ukraine Bill Taylor and Deputy Assistant Secretary in the European and Eurasian Bureau for the State Department George Kent.

Both career diplomats, Kent and Taylor will serve as the House Oversight Chairman Adam Schiff’s feature witnesses in the impeachment inquiry accusing the president.

Former Florida Attorney General Pam Bondi has also joined the special operation to fight back against the media and the Democrat narrative accusing the president.

Trump has long been a fan of Bondi’s communications and legal acumen.

“I’d consider Pam Bondi for anything,” he told reporters in November 2018. “In some form, I’d love to have her in the administration.”

The White House did not respond to a request for comment on Bondi’s participation in the president’s defense.