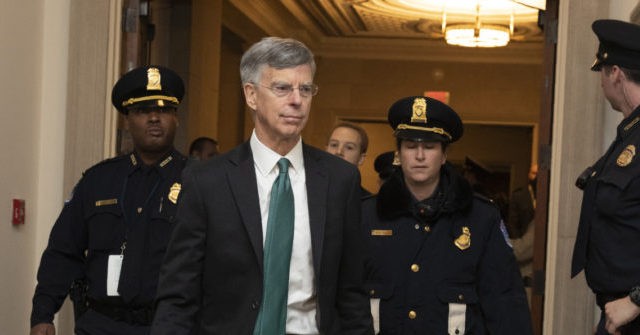 House Democrats are moving into the public phase of their impeachment inquiry on Wednesday, beginning with the testimonies of the acting U.S. Ambassador to Ukraine Bill Taylor and Deputy Assistant Secretary in the European and Eurasian Bureau George Kent.

Democrats are hoping that the first hour of the public hearing — which they will mostly control — will be a “blockbuster,” according to reports.

They are hoping that Taylor and Kent can lay out in detail their knowledge of any alleged quid pro quo between the Trump administration and Ukraine — namely a White House meeting and military aid in exchange for political investigations, and discuss what they know of a “shadow foreign policy” involving Rudy Giuliani, the president’s personal lawyer, and Trump political appointees.

Republicans will likely focus on how neither Taylor nor Kent ever spoke to the president directly about whether there was any quid pro quo. Republicans will also likely question Kent on what he knew about the Obama administration being aware that then-Vice President Joe Biden’s son Hunter Biden was serving on the board of a Ukrainian natural gas company that was under investigation for more than $50,000 a month.