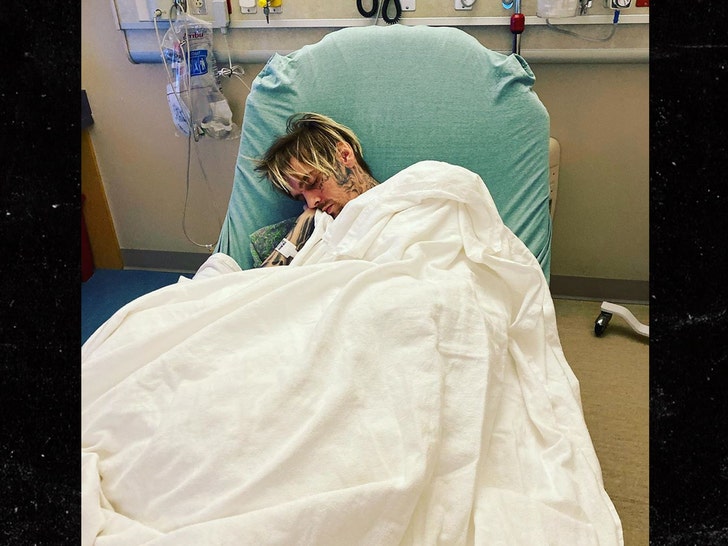 The mounting family drama’s getting to Aaron Carter … cause it’s landed him in the hospital.

Aaron’s mom, Jane, tells TMZ … Aaron arrived at her house Thursday in Florida and she was immediately alarmed at his dangerously low weight. She tells us he’s now at a mere 115 pounds. At one point, Aaron weighed nearly 160 pounds.

We’re told Aaron’s stress stems from the restraining orders against him brought on by his brother, Nick, and sister twin Angel. Jane took no chances … driving him to the hospital and checking him into the ER.

Jane tells us Aaron’s had his blood pressure tested and he’s currently hooked up to a heart monitor and awaiting results. Aaron posted on Instagram a picture of himself on a hospital bed and he captioned it, “Mommas gonna take care of me.”

As we reported … Nick got a restraining order against Aaron back in September after claiming Aaron allegedly threatened to kill his pregnant wife. TMZ broke the story … Angel also got a restraining order after claiming Aaron threatened to send hit men after her following a disturbing phone call. Aaron’s got a hearing next week to address both orders.