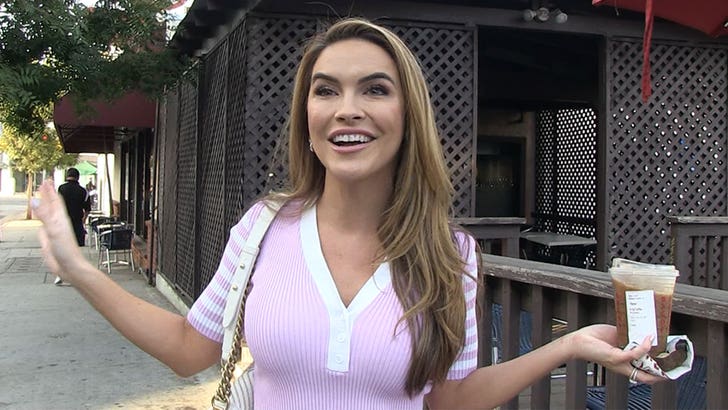 The days don’t have to be numbered for “Days of Our Lives,” because there’s still a way to keep the show going strong according to one of its stars … but it’s in the hands of the fans.

We got Chrishell Hartley — she plays Jordan Ridgeway on the long-running soap — out in Studio City, and she’s got some advice for folks who don’t want to see the ‘Days’ end after its upcoming 55th season.

Chrishell tells us it’s important for fans to tune in as much as possible the day of the show to give ratings the best boost … and just keep watching! Hartley seems very optimistic the famous sudser’s not going anywhere … despite the recent contract news.

As we reported … the NBC soap is going on indefinite hiatus after season 55 and released its entire cast from their contracts, meaning they’re all free to get new jobs.

Hartley says they should definitely do that, because the nature of the soap biz allows actors to come and go … and nobody is ever really gone. She includes her Jordan character in this assessment.

All in all, Chrishell doesn’t believe the situation is as dire for ‘Days’ as people think, and she predicts there will be more episodes after the current well runs dry in Summer 2020.

Until then, she’s going to keep working on her other big show, “Selling Sunset,” but might do some lowkey research on how to play a soap opera ghost too … just in case.