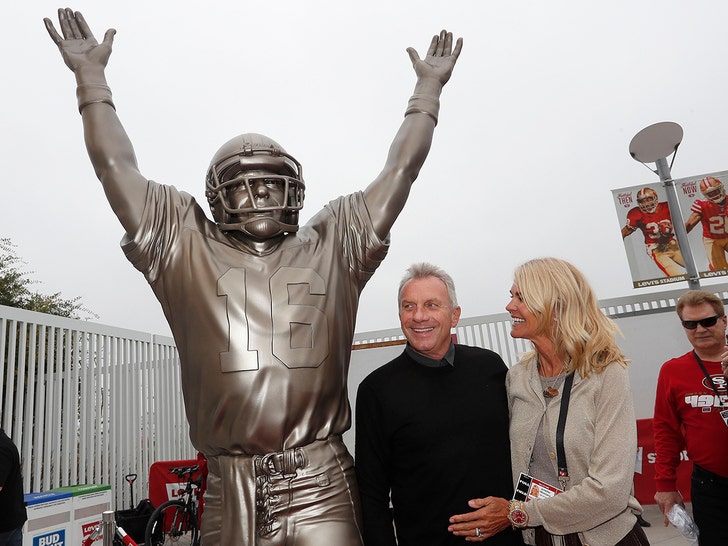 The famous Joe Montana “Catch” statue was VANDALIZED after the 49ers lost to the Seahawks on Monday night … and now cops say they’ve arrested the dude who committed the worst facemask penalty ever!

Levi’s Stadium security detained 37-year-old Jorge Alberto Lopez after he allegedly climbed the 350-pound statue and ripped off the facemask after the Seahawks kicked the game-winning field goal in OT.

Santa Clara PD formally arrested the guy who was booked on a FELONY vandalism charge, according to police record. TMZ Sports has obtained Lopez’s mug shot. 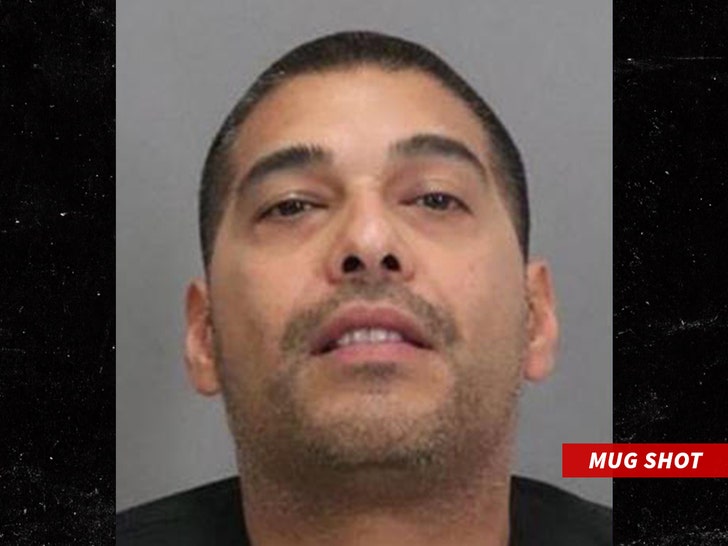 The Montana statue is part of the 2-piece tribute to the famous “Catch” by Dwight Clark in the 1982 NFC title game that was erected in 2018. The statues are massive and weigh 350 pounds each … and are 23 yards apart (honoring the distance of Montana’s pass). 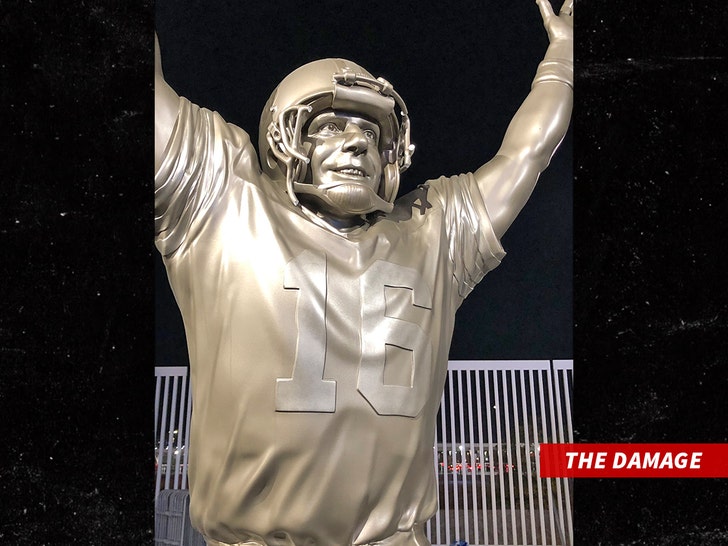 The team has already worked to repair the facemask and expect Montana’s equipment to be fixed in time for the next home game this weekend.

Maybe the Niners gotta add an O-line to the statues to prevent further damage??