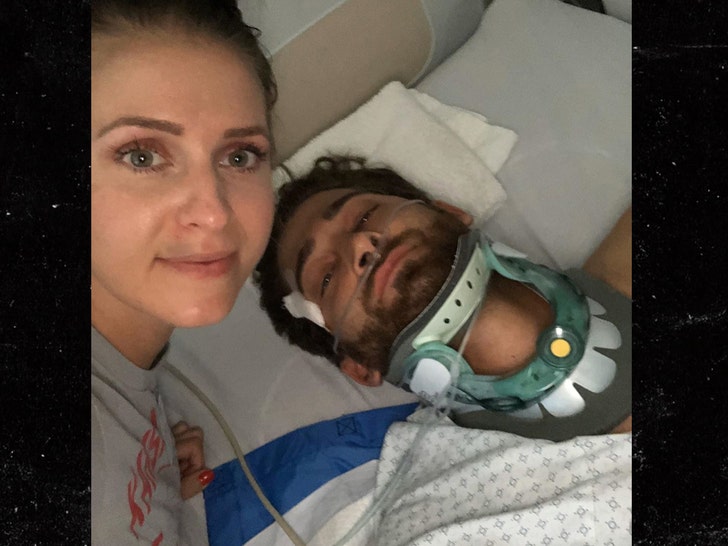 Kevin Hart‘s 2 friends who survived that car crash with him are giving us a glimpse into their recovery for the first time since sustaining very serious injuries.

Rebecca Broxterman, the backseat passenger, posted images of the driver — and her fiance — Jared Black in a neck brace following the accident. She says the hospital bed photos of Jared are from Sept. 17 … a little more than 2 weeks after the wreck.

Not surprisingly, Rebecca called the night of the accident the scariest of her life. 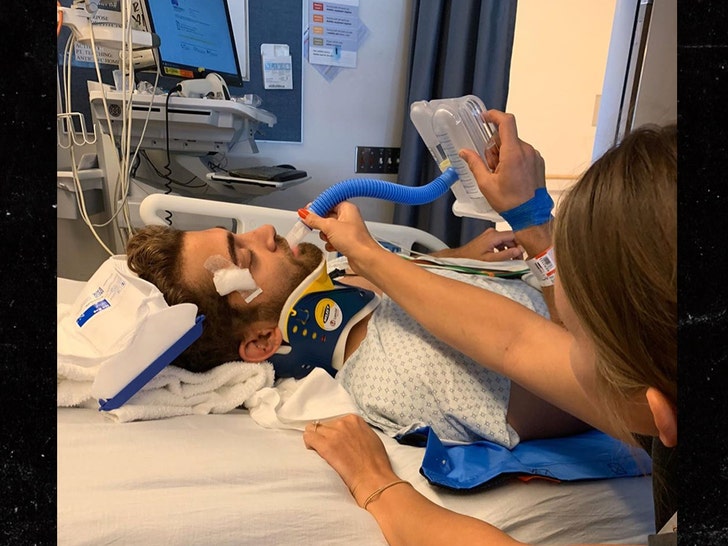 More than 2 months later, she’s opening up … saying after the accident she was terrified when she had to be separated from Jared when they were airlifted from the crash scene to the hospital. 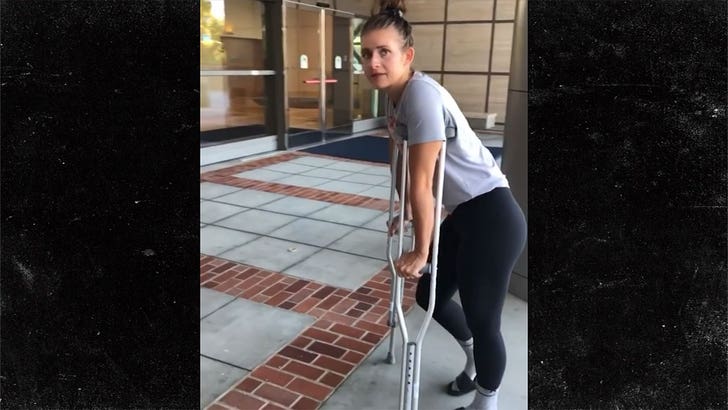 TMZ broke the story … Kevin’s 1970 Plymouth Barracuda — driven by Jared — crashed into a ravine Sept. 1 and Hart suffered serious back injuries which required surgery and a grueling physical therapy routine. 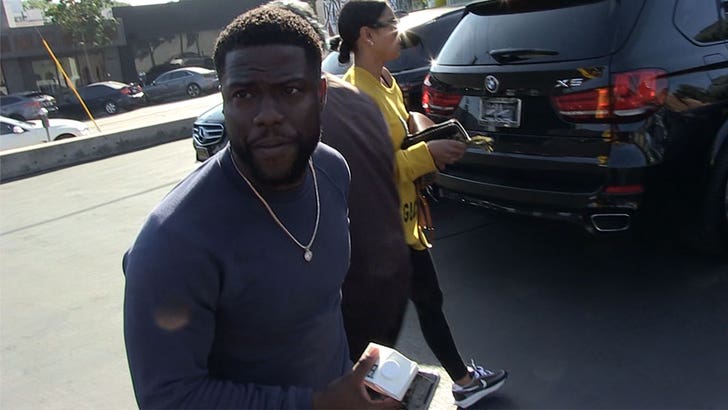 Now, Kevin’s counting his blessings and moving around quite well … and it’s good to see Rebecca and Jared progressing, too.