A man convicted of fatally shooting a convenience store clerk 25 years ago as part of his plot to steal beer was put to death in Georgia Wednesday night despite last-minute pleas from his attorneys to carry out DNA testing they claim would exonerate the death row inmate.

Ray Jefferson Cromartie, 52, who insisted that he did not kill the clerk, was pronounced dead at 10:59 p.m. after an injection of pentobarbital at the state prison in Jackson. He made no last statement—but instead requested that a prayer be recited before the injection.

A news media witness said Cromartie didn’t struggle and said nothing while being strapped down to a gurney. The Associated Press reported that he took a number of deep breaths before closing his eyes and going still about five minutes after the drugs were administered. At one point, he reportedly formed his mouth into an “O” and exhaled heavily.

Cromartie was convicted and sentenced to die for the April 1994 slaying of Richard Slysz at a convenience store in Thomasville, near the Georgia-Florida line. The state said Cromartie also had shot and gravely wounded another convenience store clerk days before the killing. 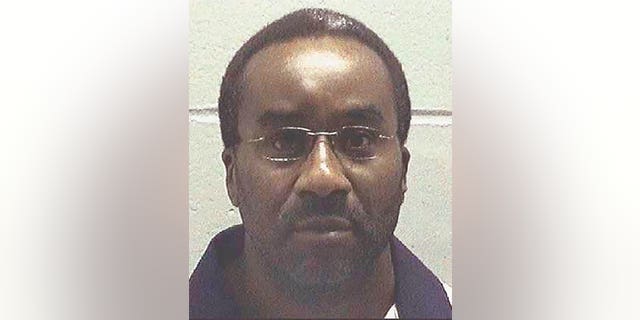 Wednesday’s execution came shortly after the U.S. Supreme Court, without explanation, rejected two appeals by the inmate’s attorneys. The defense lawyers had also recently asked state and federal courts to allow DNA testing of evidence collected from the shootings that they say could prove he wasn’t the shooter. The state countered that the DNA evidence being sought couldn’t prove his innocence.

Lawyer Shawn Nolan called the denial of DNA tests “so sad and frankly outrageous” in a statement after the execution. “In this day and age, where DNA testing is routine, it is shocking that Georgia decided to end this man’s life without allowing us, his attorneys, access to the materials to do these simple tests,” Nolan said.

Days later on April 10, Cromartie and Corey Clark asked Thaddeus Lucas to drive them to another store to steal beer, testimony showed. Lucas parked, and the other two entered the Junior Food Store. Cromartie shot Slysz twice in the head, prosecutors said. Unable to open the cash register, Cromartie and Clark fled after Cromartie grabbed two 12-packs of beer. In both cases, Cromartie told others he had shot the clerks, evidence showed.

Lucas and Clark testified against Cromartie at the September 1997 trial that concluded with his death sentence. Lucas and Clark each pleaded guilty to lesser charges, served prison time and were released.

Cromartie’s lawyers had sought DNA evidence including testing on shell casings from both shootings, clothing found near the first shooting site and clothing samples from Slysz. The DNA testing could prove Cromartie wasn’t the shooter, his lawyers had argued. If he wasn’t the shooter, he couldn’t be guilty of malice murder, the conviction for which he was sentenced to death, their court filings had stated.

They also released three statements from Slysz’s daughter, Elizabeth Legette, supporting DNA testing. The latest Tuesday reiterated her “serious questions” about Cromartie’s guilt and criticized state officials for not responding to her calls for testing. She said, “This leads me to the conclusion that victim’s rights extend only to those who support what the state apparently wants most in death penalty cases — the execution of the offender or the alleged offender.”