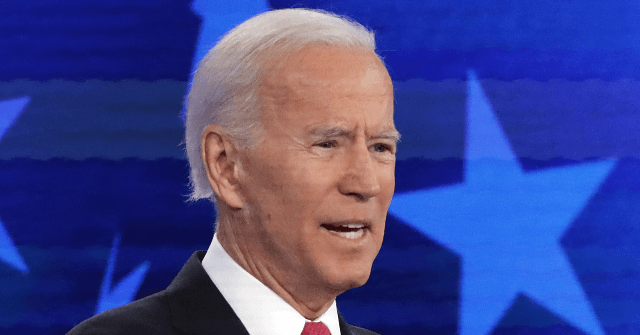 Former Vice President Joe Biden repeatedly used the term “punching at it” while touting his plan to combat violence against women on Wednesday.

Biden, who earlier this year was accused of unwanted touching by multiple women, was asked about the #MeToo movement and his plan to further female equality at the Democrat debate in Atlanta, Georgia. The former vice president began by discussing his work in the Obama administration to help prevent sexual assaults on college campuses, before moving on towards discussing his support for tackling domestic violence.

When members began to laugh and mumble at the statement, Biden responded that he “really” did “mean it” and it was “gigantic issue.”

The comments come shortly after the former vice president engendered criticism for the timing of his proposal to end violence against women. The plan, which is an updated version of the Violence Against Women Act that Biden wrote while serving in the Senate during the 1990s, did not draw criticism itself, but rather the fact that it’s release came days after the former vice president attended a fundraiser with two long time allies accused of abusing women.