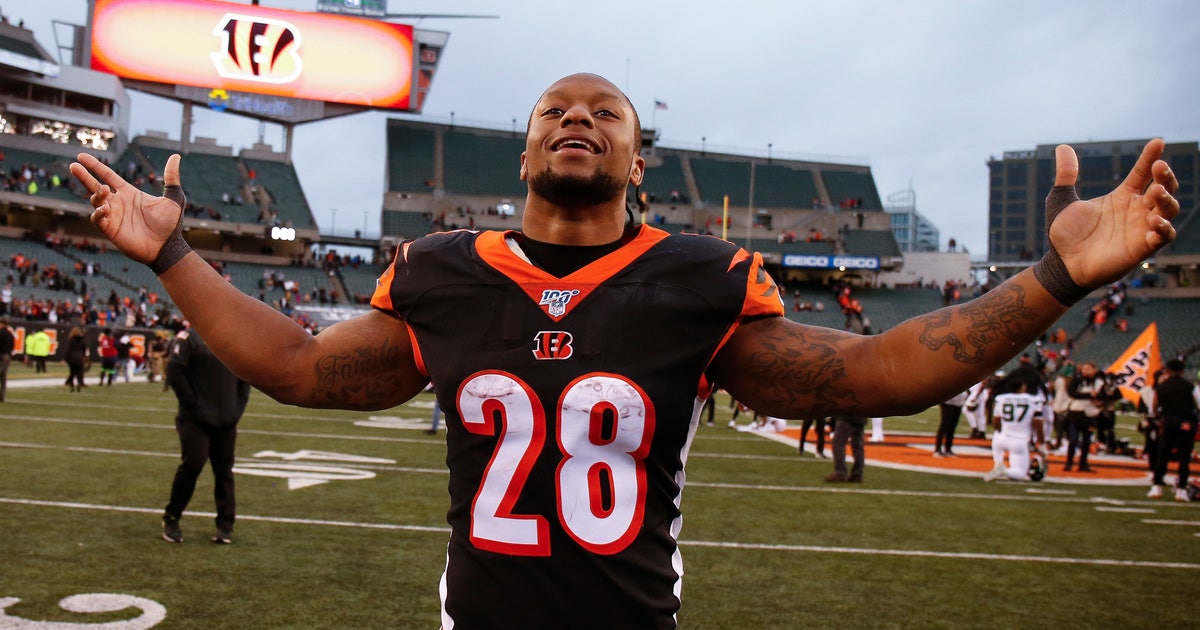 And the meek shall inherit the NFL fields.

It’s unlikely that anyone in Las Vegas or wherever sports betting is allowed these days put money on a parlay of the Bengals, Redskins and Dolphins winning Sunday. They were a combined 4-29 heading into the weekend and appeared like the only contenders for the top spot in next April’s draft.

Now, with their eight-game skid, the Giants might wind up with the inside track to starting off the draft, particularly if the Bengals again perform anything like they did in dismantling the, well, bungling Jets 22-6. Of all the tail enders in action Sunday, the Giants were the only also-ran to get run over, by Green Bay at a snowy Meadowlands.

Cincinnati had lost 13 in a row dating to last season, 11 of those in 2019 under new coach Zac Taylor. It was the flat, unprepared Jets — coming off a huge upset of Oakland no less — who looked like the team searching for its first victory, though.

Of course, the Jets also handed a winless Miami its first victory this season, becoming the first franchise to lose to opponents with at least an 0-7 record twice in the same year.

With Andy Dalton reinserted at quarterback after a failed experiment with rookie Ryan Finley, it was all Cincinnati.

“How do I feel? I can’t even describe it. … It’s emotional,” Taylor said. “You go through it with all of these guys, and to finally get it, it feels really good. … Now the pressure is off of you a little bit.”

That was a classic example of a desperate team taking advantage of an opponent that never seemed to have its game face on.

That was not so much the case in Miami; the Dolphins have been competitive for a month and now have won three of five. That they fell behind by 14 points to the supposedly playoff-contending Eagles, then stormed back in a tribute to their resolve. The sort of resolve few teams “tanking” the season for a high draft selection possess.

Sure, they needed a trick play in which holder Matt Haack threw an underhand 1-yard pass to place-kicker Jason Sanders on a fake field goal, sort of. But the Dolphins never were intimidated, something bottom-level teams usually are when they fall into big holes.

And they got win No. 3 in great part because of that.

They might have knocked out the Eagles. Philadelphia (5-7) has lost three in a row and will likely rue this fiasco if it falls short of equally mediocre Dallas in the NFC East.

That division also houses Washington, which has won two in a row to get to 3-9. When Jay Gruden was fired in October after five losses to begin the season, the Redskins had no fire, no true starting quarterback and, seemingly, no plan.

They’re hardly ablaze now, but there’s a bit of progress in DC, which has to be encouraging for Redskins fans who haven’t felt much of that since Joe Gibbs’ days. Gibbs’ first go-around days.

Interim coach Bill Callahan probably won’t be considered for the full-time gig as owner Daniel Snyder searches for a bigger name. Still, Callahan has instilled something with this team that could work as a foundation for future success.

“I think that we’ve got good veteran leadership and I think with any team anyone can lead it,” Callahan said. “The way you come in the building, how you prepare, how you practice, how you support each other. I’ve mentioned that many times to the team. It’s not one guy, it’s not one player with a C on his chest, anyone can lead, and that’s the beauty of leadership.”

There’s not much beauty to behold with the Bengals, Dolphins or Redskins. Any of the three is capable of dropping its final four games and securing that top draft spot.

However, for one given Sunday, Cincinnati, Miami and Washington gave it to opponents. Who would have called that?