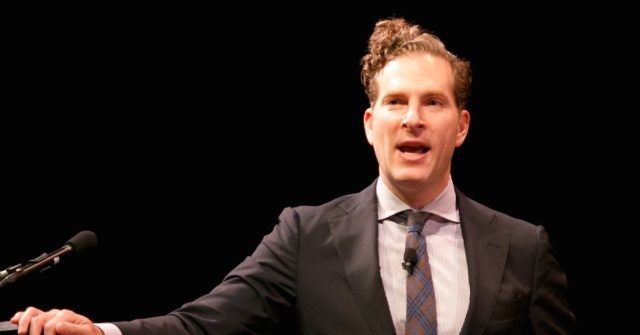 House Judiciary Committee chair Rep. Jerrold Nadler (D-NY) has announced the four legal scholars who will be the first witnesses at his committee’s hearings on the impeachment inquiry against President Donald Trump.

Last month, Turley said that Democrats were “proceeding on the narrowest basis for impeachment in the history of this country.”

Feldman is respected for the nuances of his constitutional insights, and worked on the drafting of a new Iraqi constitution in the wake of the toppling of Saddam Hussain a decade-and-a-half ago. Yet he was taken in by the “Russia collusion” conspiracy theory, claiming in September 2017 that “more and more evidence of collusion between Donald Trump’s presidential campaign and Russia has come to light.” (None was eventually found.)

Feldman also argued that Trump could be impeached because of “conflicts of interest” and “foreign emoluments” — and even said Trump could be impeached for “defamation” after he accused former President Barack Obama of having his “wires tapped” at Trump Tower. As contemporaneous mainstream media coverage reported, the Obama administration had conducted surveillance of some Trump campaign operatives, including Carter Page.

Karlan said in 2017, after President Trump fired FBI Director James Comey, that Trump had been “behaving extraordinarily badly,” and suggested that Republicans, then in the majority in both the House and the Senate, would spur the country towards a “constitutional crisis” if they failed to hold him in check. However, she acknowledged at the time that the president had the authority to fire Comey, except to obstruct a legitimate criminal investigation.

Gerhardt testified during the impeachment of President Bill Clinton in 1998. In retrospect, he wrote, “members of Congress are unlikely to pursue similar charges against a president ever again. Future members of Congress almost certainly will grant presidents a much wider zone of immunity for any personal misconduct than did the Republican Congress in 1998-99.” He also argued that “Congress should agree, at the very least, to have bipartisan support before authorizing congressional subpoenas or investigations,” adding: “At the very least, members of Congress should require committee chairs and ranking minority members of committees to agree before initiating investigations or issuing legislative subpoenas.”

In the Trump case, Democrats are pursuing a partisan inquiry without Republican consent and with one-sided rules that give the majority unprecedented power.

Earlier on Monday, Rep. Doug Collins (R-GA), the ranking Republican member on the House Judiciary Committee, protested in a letter to Nadler that the witnesses had not been revealed with less than 48 hours before the hearing was due to start Wednesday morning. Nadler revealed the witness list shortly thereafter on the committee website.