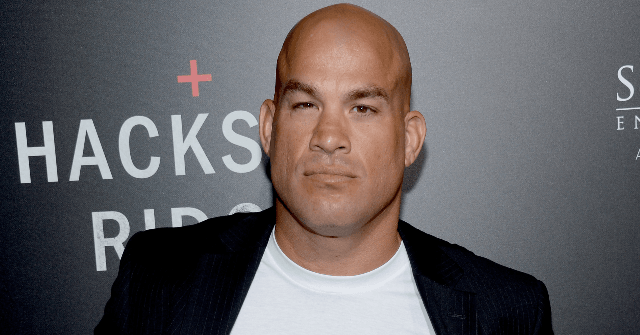 Ortiz defeated Rodriguez in the first round with a rear-naked choke in 3 minutes and ten seconds into the fight.

The two fighters also sparred online over politics in the run-up to the fight, as Ortiz is a vocal Trump supporter and wears a MAGA hat with a Trump flag over his shoulders.

Live on #PPV December 7th from the @PayneArena_ in #Hidalgo #Texas https://t.co/4OsKWwBW3y

The Combate Americas pay-per-view fight took place near the U.S.-Mexico border in Hidalgo, Texas, on Saturday.

“He said it was to pay respect to those heroes defending our borders. But why are you doing this when you’re in front of a Mexican that was born in Mexico?” he said.

But Ortiz, who has a Mexican father, says he is one of many Latinos who support Trump, despite criticism.

In an interview with Fox Business, he said he frequently travels with a MAGA hat or a Latinos for Trump hat and gets high fives from people.

“There is so many Latinos that do support Trump but they are afraid to say it,” he said.