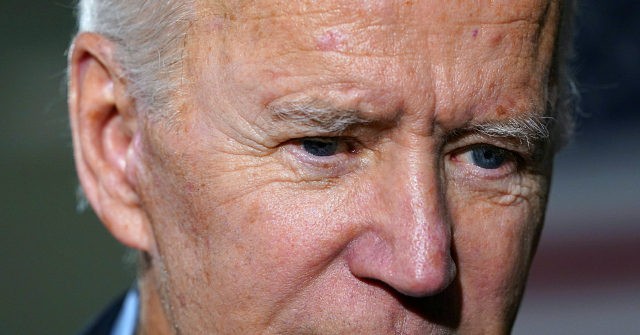 Joe Biden is claiming staffers never warned that his youngest son’s role with Burisma Holdings, a Ukrainian natural gas conglomerate, posed a conflict of interest — contradicting one of his top advisers.

The former vice president, who is increasingly under pressure from voters to explain Hunter Biden’s wheeling and dealing overseas, told NPR in an extensive interview on Friday that his staff never brought the issue to his attention.

“Nobody warned me about a potential conflict of interest. Nobody warned me about that,” Joe Biden said, before suggesting that staffers were unwilling to broach the subject because, at the time, his oldest son Beau was losing his battle with brain cancer. “Well, my son was dying, so I guess that’s why… But … they should have told me.”

Joe Biden’s claim of ignorance, however, is undercut by statements Amos Hochstein, once a top adviser to the former vice president, made in the past. Hochstein, who served as the Obama administration’s special envoy energy affairs, told The New Yorker in July that he had broached the subject of Hunter Biden and Burisma with the former vice president in December 2015.

As “Joe Biden prepared to return to Ukraine, his aides braced for renewed scrutiny of Hunter’s relationship with Burisma,” the magazine noted. “Amos Hochstein, the Obama Administration’s special envoy for energy policy, raised the matter with Biden, but did not go so far as to recommend that Hunter leave the board.”

If Hochstein’s recollection is correct, the former vice president was briefed about the conflict of interest posed by Burisma more than six months after Beau Biden died in May 2015.

In the same New Yorker piece that Hochstein made his claim, Hunter Biden admitted his father felt compelled to discuss Burisma with him at least once.

“Dad said, ‘I hope you know what you are doing,’ and I said, ‘I do,’” the younger Biden told the magazine.

The controversy first started in May 2014 when Hunter Biden secured an appointment to Burisma’s board, despite having no background in either the energy industry or Ukraine. As Peter Schweizer, senior contributor at Breitbart News, detailed in his book Secret Empires: How the American Political Class Hides Corruption and Enriches Family and Friends, Hunter Biden’s background in investment banking, lobbying, and hedge fund management paled in comparison to that of current and past members of Burisma’s board.

Adding to concerns is the fact that, at the time Hunter Biden joined Burisma — where he was paid as much as $83,000-per-month — the company was seen as actively courting western leaders to prevent further scrutiny of its business practices. The same month Hunter Biden was tapped for the group’s board, the United Kingdom froze accounts belonging to Burisma’s founder, Mykola Zlochevsky, under suspicion of money laundering.

A Ukrainian official with strong ties to Zlochevsky admitted in October the only reason that Hunter Biden was appointed to Burisma’s board was to “protect” the company from foreign scrutiny. The claim has credence given that at the time, Joe Biden, as the sitting vice president, was tasked with leading the Obama administration’s policy towards Ukraine in response to Russia’s invasion of Crimea.

It is in the context of Burisma and Zlochevsky’s legal troubles that Joe Biden’s political influence has raised the most red flags. The former vice president has particularly drawn questions over his conduct in demanding the Ukrainian government fire its top prosecutor, Viktor Shokin, in 2016.

Joe Biden, who has publicly bragged about the firing, reportedly threatened to withhold more than one billion dollars in U.S. aid if the Ukrainian government did not remove Shokin. He has claimed the demand came from then-President Barack Obama, who had allegedly lost faith in the prosecutor’s ability to tackle corruption.

Unofficially, though, it was known that Shokin was investigating both Burisma and Zlochevsky for public corruption. It is uncertain if the probe extended to Hunter Biden, although Shokin has recently admitted that prior to his ouster, he was warned to back off the matter. Regardless of what occurred, Shokin’s successor, who is now himself being investigated for public corruption, dropped the investigation into Burisma.

Joe Biden, for his part, has claimed his actions were in line with America’s then-foreign policy. The former vice president’s position, though, has been undermined by repeatedly changing how much he knew regarding his son’s ties to Burisma. Initially, he claimed to have never spoken to his son about the matter, even though Hunter Biden asserted otherwise. Then, the former vice president switched tracks by claiming he did not even know his son was on Burisma’s board, despite claims by Hochstein and other Obama-era officials.

On Sunday, Joe Biden switched his story once again telling Axios he knew his son was on Burisma’s board but did not know the exact nature of his role.