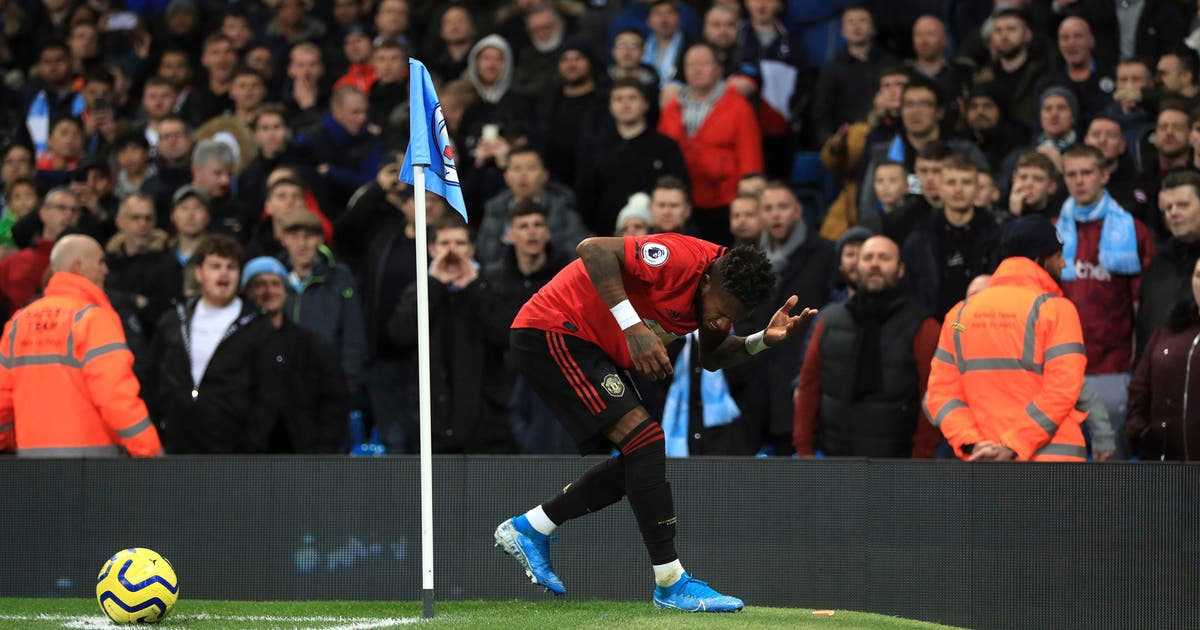 MANCHESTER, England (AP) — Police were questioning a man on suspicion of racism on Sunday after a fan was seen directing abuse at Manchester United players during Saturday’s Premier League game at Manchester City.

The incident happened during the second half of United’s 2-1 victory in the Manchester derby.

“Police were called to a report of a supporter making alleged racist gestures and sounds towards players during the Manchester City and Manchester United derby,” Greater Manchester Police said in a statement.

The force added that a 41-year-old man was arrested on suspicion of a racially aggravated public order offense and he remains in custody for questioning.

United players Fred and Jesse Lingard reported being subjected to racist abuse at the Etihad Stadium, including a fan performing an apparent monkey gesture.

“Racism of any kind has no place in football or our society and I hope this arrest shows that we are taking this matter extremely seriously,” said superintendent Chris Hill of Greater Manchester Police.

“We will continue to work with Manchester City and Manchester United Football clubs on this incident and will investigate any other lines of enquiries.”

Fred was seen crouching on the field holding the back of his neck after being hit by objects. The Brazilian midfielder spoke to the referee about the abuse and attacks.

“Thank God I have a lot of friends here in the locker room who hugged me, like Lingard,” Fred told ESPN. “I don’t want to think about it. I just want to move on.”