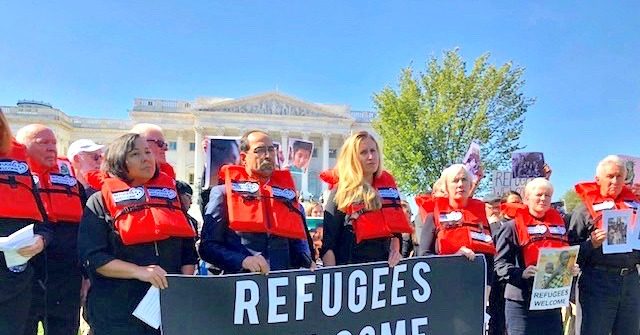 Nearly 100 mayors across the United States are begging President Trump to import as many refugees to the country as possible in order to “bring cultural vibrancy and diversity” to American communities.

In a letter to Secretary of State Mike Pompeo last month, about 88 mayors — from Denver, Colorado to Columbia, South Carolina — urged Trump to end his latest executive order that gives American communities more veto power over whether they want refugees resettled in their communities.

The mayors said that more refugees are needed to bring about “cultural vibrancy and diversity” to their often small towns, though they admit refugees are an initial tax burden on their taxpayers. According to the letter:

We write to urge the Administration to rescind the September 26 executive order and return this year’s refugee admissions to previous annual levels. [Emphasis added]

U.S. cities have long benefited from the annual arrival of refugees. Once they are resettled, refugees learn the new language, adjust to the different culture, and strive to establish a new life. In the process, they also enrich and bring cultural vibrancy and diversity to their local communities. [Emphasis added]

Refugees contribute meaningfully to our economy as earners and taxpayers. While they receive initial assistance upon arriving in the United States, they see significant income increases in subsequent years. [Emphasis added]

As Breitbart News reported, Trump is set to continue cutting refugee admissions next year by reducing former President Obama’s refugee inflow by at least 80 percent. This reduction would mean a maximum of 18,000 refugees can be resettled in the U.S. between October 1, 2019, to September 30, 2020. This is merely a numerical limit and not a goal federal officials are supposed to reach.

The mayors join the national security establishment, Republican and Democrat lawmakers, as well as the Koch brothers‘ network of GOP donors to demand that Trump increase refugee resettlement to the country.

Since 2008, the U.S. has permanently resettled more than 1.7 million foreign nationals and refugees through a variety of humanitarian programs — a foreign population larger than the size of Philadelphia, which has 1.5 million residents.

Refugee resettlement costs American taxpayers nearly $9 billion every five years, according to the latest research. Over the course of five years, an estimated 16 percent of all refugees admitted will need housing assistance paid for by taxpayers. Meanwhile, refugee contractors — those organizations that help resettle refugees — are rewarded with government funds based on the number of refugees they resettle every year.

Mayors Letter in Support of… by John Binder on Scribd