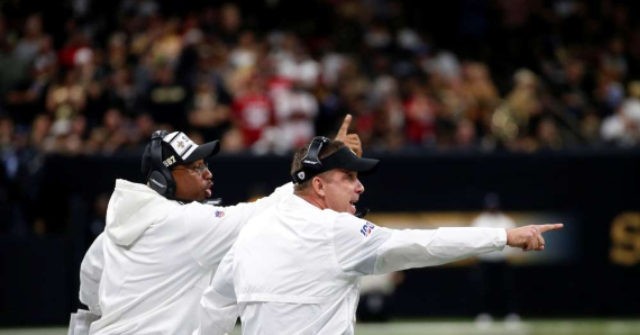 The Saints were once again robbed on a crucial pass interference call late in a crucial game, except this time replay couldn’t have helped them out.

Late in Sunday’s game against the 49ers, Saints coach Sean Payton called a fake punt. The intended receiver on the play, Tre’Quan Smith, was manhandled and obviously interfered with by the 49ers defender and the pass went incomplete.

#Saints fans will protest all off-season and force the #NFL to change the rules to allow pass interference on punt plays.pic.twitter.com/tPJZV6fBpe

Now, obviously, one would think that a challenge from Payton would reveal that interference should have been called and the Saints would be awarded an automatic first down. But that assumption runs afoul of the NFL rulebook, apparently.

According to NFL rules, pass interference cannot be called on a punt play.

Which is beyond silly considering that it’s no longer a punt play when the punt is faked and a forward pass is attempted. Nonetheless, NFL rules treat the punt entirely differently and as a result, the Saints got screwed, again.