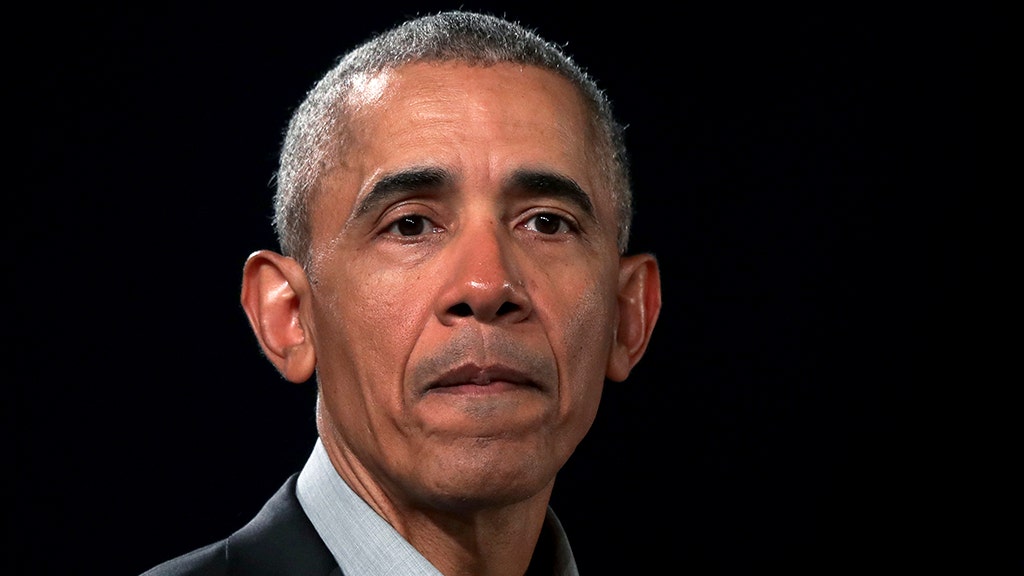 Soliciting foreigners to dig up dirt to open investigations into a political rival?

That’s not what happened on President Trump’s innocent congratulatory phone call with the president of Ukraine. But it is what President Obama did in the summer of 2016 when he turned the Federal Bureau of Investigation into an arm of the Hillary Clinton campaign.

“POTUS wants to know everything we’re doing,” Peter Strzok, referring to then-president Obama, texted his mistress Lisa Page in early September 2016. By then the politically obsessed lovers were no longer giving Hillary a pass in the email investigation. They were feverishly trying to prove unverifiable smears against Donald Trump that Hillary, the Democratic National Committee and the FBI, paid for.

REP. JIM BANKS: SUBPOENA ADAM SCHIFF’S PHONE RECORDS – HE DID IT TO REPUBLICANS, WE SHOULD DO IT TO HIM

“Damn this feels momentous,” Strzok said when the FBI began probing Hillary Clinton’s political rival. “Because this matters. The other one did, too, but that was to ensure that we didn’t F something up. This matters because this MATTERS.”

The “other one” would be an investigation into misuse of classified information on an unsecure private server that experts assumed had been hacked by Russia and China. They didn’t want to “F something up” for their favorite candidate who they believed should win “100 million to zero.” What mattered to Obama’s FBI? Investigating “collusion,” a conspiracy theory spread by an opposition research firm and a former British spy, Christopher Steele, who was “desperate that Donald Trump not get elected.”

Sounds like something Strzok, the FBI’s lead Russia investigator, would say. He certainly agreed. A Trump presidency? “We’ll stop it,” Strzok assured Page.

A good way to stop it? Finding out what’s going on from the inside. Which brings us to the long-awaited inspector general report on FISA abuse, set for release Monday.

What we already know: Obama’s FBI tried to hide how it was using political dirt paid for by the Hillary campaign to justify its spying. Kevin Clinesmith, a “Viva la Resistance!” FBI attorney left “numb” by Hillary’s loss, doctored evidence to get the warrant, and the FBI left out exculpatory evidence in favor of Trump aides.

The FBI didn’t disclose Steele’s hatred toward the Republican nominee to the Federal Intelligence Surveillance Court when it applied for a warrant to spy on an American citizen. The FBI told the FISA court that Steele was “credible,” even though they knew of Steele’s political bias and blatant errors in his dossier before applying for the warrant.

The FBI also hid the fact that Glen Simpson’s Fusion GPS, the firm behind the “Steele Dossier,” was being paid by Hillary and the DNC to dig up dirt on their political rival, Donald Trump. At the same time, the FBI was also paying Steele as a confidential source.

“Collusion” was a figment of the Hillary smear machine’s imagination that the media happily peddled through intelligence community leaks for years.

The symmetry between Obama’s FBI and the Clinton campaign didn’t end there.

They both trafficked in news reports that kicked off the Russia collusion conspiracy theory, which took $32 million and nearly two years to debunk with the Mueller report that found no collusion by the Trump campaign or a single American.

The FBI didn’t verify the absurd allegations in Steele’s dossier before relying on it to spy on the Trump campaign. What did they use to attest to the dossier’s so-called credibility? A Yahoo “news” story that was itself based on the dossier, shopped to reporter Michael Isikoff by Fusion GPS and “conveyed to the outlet by Steele.”

The FBI was using the same Yahoo story on Carter Page that Hillary’s campaign called “chilling.” How “chilling” it could be given it was placed by Clinton’s own political operatives, remains to be seen.

The story was published in September just as Hillary’s campaign “began ramping up efforts to highlight GOP nominee Donald Trump’s coziness with Russian oligarchs and strongman Vladimir Putin.” That “coziness,” or “collusion,” never existed. It was a figment of the Hillary smear machine’s imagination that the media happily peddled through intelligence community leaks for years to come.

It’s not as if Carter Page was an unknown entity to the FBI. He had helped the bureau charge three Russians for spying related charges back in 2015. That didn’t matter once his name appeared on a list of foreign policy advisors to the Trump campaign. He became a target of anti-Trump operators inside and outside the Obama administration, his civil rights be damned.

If this was all “by the book,” as Susan Rice would later claim, we need to rewrite the book.

Page, George Papadopoulos, Michael Flynn, and others would become collateral damage in the swamp’s never-ending war against President Trump.

Democrats don’t want to acknowledge any of this. Instead, they are holding yet another sham impeachment hearing the same day the inspector general will release its findings. If Democrats were serious about getting to the bottom of election interference, foreign dirt, and abuse of power they wouldn’t be holding another hearing on President Trump. They’d be holding one on President Obama.