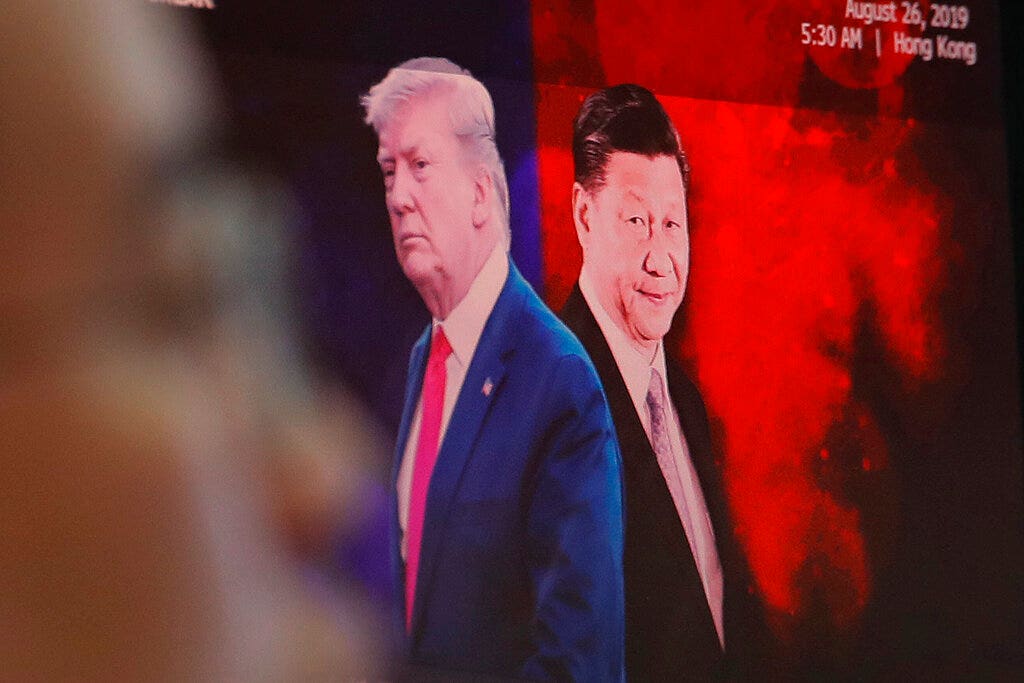 It’s too early to tell yet if the Phase One trade deal announced Friday by the U.S. and China is a good deal for America, because the text of the agreement hasn’t yet been made public.

However, the muted tone from the Chinese side in discussing the deal has already cast a shadow of doubt on the effectiveness of this limited agreement.

U.S. and Chinese officials said the Phase One trade deal will result in China buying more American agriculture products, and the U.S. rolling back some tariffs on goods imported from China.

According to U.S. Trade Representative Robert Lighthizer, China also made commitments on issues related to intellectual property rights, although he wouldn’t go into detail what those commitments are.

At a news briefing in China, Chinese officials confirmed that the text of the agreement covers topics including intellectual property rights, technology transfers, food and agricultural products, and dispute settlement. However, they only emphasized that the U.S. would remove a number of tariffs, without mentioning any commitments that China had made.

It’s important to keep in mind that the U.S.-China trade war isn’t about the trade alone. If it was solely about the trade deficit and America’s desire to sell more material goods to China, the trade dispute would have been resolved a long time ago.

President Richard Nixon visited China in 1972 and established diplomatic relations with the communist nation. Back then, China’s gross domestic product per capita was less than $200. Fast-forward to this year, and that number is expected to be $16,800 – a stunning increase.

The global poverty rate has been cut in half since 1981, largely because of China’s impressive economic growth.

th has a lot to do with the ingenuity of the Chinese people and certain market-friendly policies from the central government. But China wouldn’t have had its three decades of impressive growth without the West – especially the U.S. – providing markets for Chinese goods. This has brought foreign investments into China, as well as Western institutions that have helped to train and educate millions of Chinese.

Why exactly did the West choose to help China? The assumption has been that through economic aid and military assistance, the West could turn China into a more democratic and free state – a country with a market economy that has no ambition to rule the world.

This assumption about China has been embraced by Nixon, Nixon administration Secretary of State Henry Kissinger, and successions of American presidents, policymakers and advisers. However, it has proven to be naive and blatantly wrong.

In the past three decades, China has done everything in its power – through unfair trade practices, forced technology transfers and cyber espionage – to build up its ability to challenge America’s economic power, military strength and global influence.

Domestically, China cracks down on dissent from its citizens, and subjects the rest of its population to continuously intensifying surveillance and censorship.

Internationally, China interferes with liberal democracies such as Australia’s political system, militarizes the South China Sea while ignoring an international court ruling, and uses military and economic aid to support other authoritarian regimes.

Chinese leaders believe that the U.S. should step down and let China return to its “rightful place” as a world power. They want to create a new world order in which other countries are tributary states that subordinate themselves to the will and desires of China’s authoritarian regime.

To create this new world order, Chinese leaders realize they must break the existing liberal order that was established by the U.S. after World War II.

For three decades, political leaders in the U.S. have been complacent about China’s true intentions, and have been reluctant to react to China’s aggression – until President Trump was elected.

The trade war Trump initiated with China serves as a means to have China agree to a new set of rules of engagement that would force China to abide by established international rules and regulations, and engage the U.S. in a fair and balanced manner.

That is why this so-called Phase One trade deal – which focuses on the U.S. agricultural exports and some tariff relief – is inadequate to address the goals that the U.S. wants to achieve strategically.

China’s economy has been suffering as a result of the trade war. Its estimated growth rate could fall below 6 percent, a politically sensitive line that China’s leadership hopes to avoid.

A widespread outbreak of African swine fever has wiped out half of China’s hog supply, resulting in soaring pork prices that have pushed China’s consumer inflation index to a six–year high.

To offset the pork shortage, China has lifted a five-year ban on imports of U.S. poultry meat, even without a trade deal.

One lesson China has learned from the more than 20-month long trade war with the U.S. is that it simply cannot feed its more than 1 billion people without agricultural imports from America. This explains why – despite the heated rhetoric – the Chinese did not bail out of trade talks after President Trump recently signed into law the Hong Kong Democracy and Human Rights legislation passed by Congress.

When Trump said that the Chinese side is desperate to sign a trade deal, he wasn’t exaggerating. However, we should be asking ourselves why the U.S. would want to agree to a limited Phase One trade deal.

There is not much strategic advantage for the U.S. to agree to a limited trade deal now, because it will leave many deliberate goals unfulfilled. President Trump has already captured China’s attention. He should not settle for something small now, but instead strive for a better and more comprehensive deal.