Three sets of human remains were found at the Alamo during an archeological exploration stemming from a major renovation at the Texas shrine, state officials said Friday.

“The remains encountered appear to be indicative of a teenage or young adult, infant, and large adult,” the Texas General Land Office said in a  release.

The bodies were discovered during an exploration of the Monks Burial Room and Nave, which is the central section of the Alamo Church. 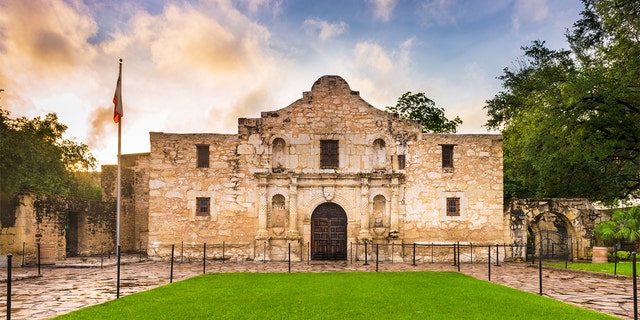 Karina Erickson, a Land Office spokesman told the Caller-Times the adult and infant bodies were discovered Thanksgiving week and appeared to be intentionally buried there. The remains of the teen/young adult were found Dec. 3 at the Monks Burial Room, but she wasn’t sure if they were formally buried.

After the discovery, the excavation was halted until further notice.  None of the remains have been removed,

“Excavation of the particular site was halted,” the release said. “As we move forward, the GLO and Alamo Trust, Inc. will continue to follow all applicable laws and procedures.”

According to the release, the restoration plan was implemented to make sure the Texas landmark continues to “remain standing for future generations of Texans to learn from.”

“The purpose of archeology inside and around the Alamo Church and Long Barrack is to install moisture monitoring equipment as well as locate and document the foundations of the 300-year-old structure,” the release said. “Monitoring equipment will allow experts to understand what elements are impacting the sole remaining structures from the Battle of the Alamo.”

The Battle of the Alamo was a 13-day siege in 1836 during the Texas Revolution, in which a Texas army of roughly 180 soldiers garrisoned at the building defended it against an estimated 1,800 to 6,000 Mexican troops under President Gen. Antonio Lopez de Santa Anna, according to Britannica.

The garrison, led by William Travis, James Bowie and Davy Crockett, was defeated, but the legacy of the heroic battle has been preserved.

The Alamo Mission Archaeological Advisory Committee said the recent archeological find wasn’t the first time remains have been found at the revered landmark. In October, the Land Office said human bone fragments were found by excavators. Other recorded findings have occurred throughout the 20th century — dating back to the 1930s.

“Previously, remains were identified in 1995, remains were found in the main portion of the Church, along the south transept and inside the Monks Burial room in 1989,” the release said. “Further, in 1937, a plaque was placed inside the Church indicating the reinternment of remains. The GLO will be filing the necessary paperwork to move forward with verifying the locations of the interior of the church as a cemetery.”