Kathy Ireland‘s life will forever be influenced by her friendship with Elizabeth Taylor.

The 56-year-old CEO of “kathy ireland worldwide” told Fox News that she will always cherish the time she and the iconic actress and activist spent together, particularly Taylor’s mentorship.

“Not a day that goes by that I don’t think about Elizabeth,” the former model admitted. “She [still] touches I mean, every area of our lives, family, philanthropy, business.”

KATHY IRELAND REFLECTS ON HER ICONIC SPORTS ILLUSTRATED SWIMSUIT COVERS: IT WAS AN ‘OUT OF BODY’ EXPERIENCE

“Her courage really inspired me,” she added.”Elizabeth taught me to be bolder. She taught me to look at every angle from the inside out. She also gave such a wonderful council on philanthropy.” 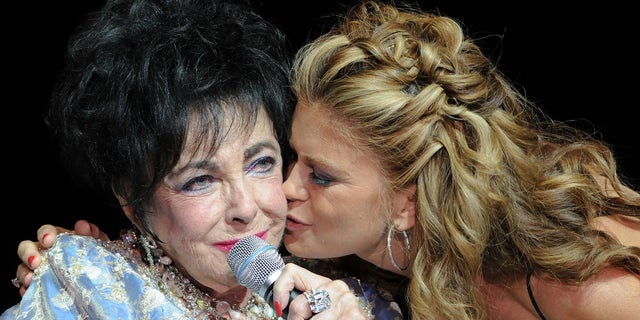 Ireland first met Taylor through a mutual friend and their relationship strengthened through Bible studies.

“She told me her thoughts about being a mom,” Ireland previously told Closer magazine. “She was very detail-focused and a lot of the lessons she gave me were about looking at things from every angle.”

And they bonded over kids and valuing family time. “Our kids would come to her home when they were toddlers and make a mess and she would just laugh,” Ireland remembered to the magazine.

“She loved her children ferociously. To her, they were beyond jewels and beyond treasures,” she added.

KATHY IRELAND REVEALS HOW THE MODELING INDUSTRY HAS CHANGED: ‘THERE’S OPPORTUNITY FOR DANGER’ AND ‘PROTECTION’

Ireland’s drive to create a successful business started early on in her modeling career. “Modeling was not part of my plan,” Ireland admitted to Fox News. “It was offered to me and I thought it would be an opportunity to save money to either go to college or start a business.”

“The entire time I worked as a model, I was trying and failing [different] businesses and so had one of those businesses taken off my modeling career wouldn’t have gone on as long as it did,” she added.