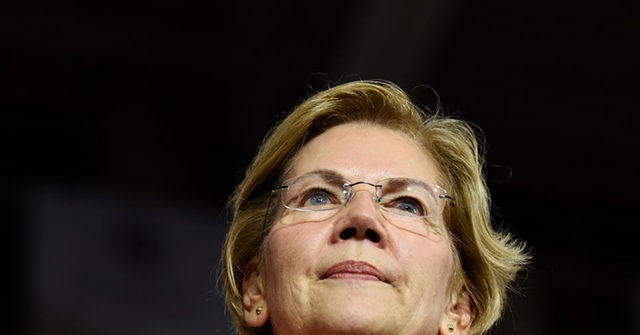 The victory, which has been described as the “biggest conservative victory since Lady Thatcher in the 1980s,” should serve as a warning shot for far-left candidates in the United States, “moderate” Democrats are warning, according to Politico.

Moderate Democrats have placed much of the blame on the Labour Party’s face, socialist Jeremy Corbyn. They fear he serves as proof that a more moderate candidate is needed to take on President Donald Trump in 2020 — not ultra-leftist candidates like Sanders or Warren.

“It’s a lesson for all Democrats who are eager to replace Trump,” former Chicago Mayor Rahm Emanuel said, according to Politico.

“There was no skimping on the progressive agenda and it was the worst performance in two decades. It’s not just economics. You have to have a candidate and a message that’s close to the zeitgeist of the moment — not just a grab bag of giveaways,” he added.

The Labour Party’s tremendous defeat capitalizes on the mounting concerns of some Democrats, who believe that grandiose proposals, such as Medicare for All, “free” college, and a multitrillion-dollar Green New Deal, will lose voters in key states in 2020. Those states include Pennsylvania, Ohio, and Michigan — all of which Trump won in 2016.

The left played defense in the wake of the loss, insisting that it is unwise to compare the two countries an ocean apart, and that the moderates bashing them had never been held accountable for Hillary Clinton’s 2016 loss. Plus, they pointed out, Sanders and Warren have far higher favorability ratings than the unpopular Corbyn.

But because Sanders had praised Corbyn in the past and his current and former aides have boosted him, Labour’s monumental defeat trained attention onto him in particular, even from some fellow progressives.

While Sanders did not remark on Corbyn in this election cycle, he compared their movements in 2017.

“What Corbyn has tried to do with the Labour Party is not dissimilar from what some of us are trying to do with the Democratic Party,” he said, according to Politico. Their paralleled goals were to “make it a party which is much more open and inviting for working people and young people and not have kind of what we call a liberal elite making the decisions from the top on down, but making the decisions from the bottom on up,” Sanders stated.

As a presidential candidate trying to assert himself as the most viable “moderate” option in the Democrat field, former Vice President Joe Biden (D) echoed the concerns of other moderate Democrats.

“Look what happens when the Labour Party moves so, so far to the left,” Biden said during a fundraiser in San Francisco on Thursday.

Mayor Pete Buttigieg (D), the other candidate casting himself as a moderate option in the Democrat field, did not go as far as Biden, suggesting that the two political landscapes have too many factors to make a clear comparison.

“It’s a little tough to draw comparisons because of course they’re dealing with this Brexit issue that is just different than anything going on in the United States,” he said, according to Politico.

He added that a conservative in the U.K. “would probably be considered a center-left Democrat in a place like the U.S.” and said that “the climate policies, even a lot of the health and social policies that are considered more right or center-right over there, are not at all welcome in today’s American Republican Party.”

Meanwhile, both Trump and Vice President Mike Pence have extended their congratulations to Johnson.

“Congratulations to Boris Johnson on his great WIN! Britain and the United States will now be free to strike a massive new Trade Deal after BREXIT,” Trump wrote.

“This deal has the potential to be far bigger and more lucrative than any deal that could be made with the E.U. Celebrate Boris!” he added:

Congratulations to Boris Johnson on his great WIN! Britain and the United States will now be free to strike a massive new Trade Deal after BREXIT. This deal has the potential to be far bigger and more lucrative than any deal that could be made with the E.U. Celebrate Boris!

Congratulations @BorisJohnson on a historic win! The United States stands for a strong, prosperous and free United Kingdom and we look forward to striking a trade deal after Brexit is complete. Conservatism won in the UK last night! 🇺🇸 pic.twitter.com/X4sZpBfLp5