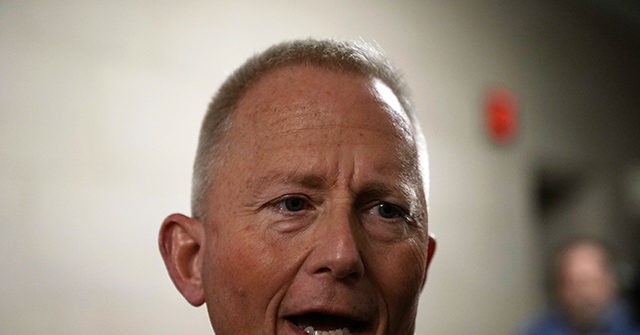 Jeff Van Drew, a moderate who represents a suburban district that Trump carried in 2016, has reportedly begun telling campaign staff and allies he will join the Republican Party, according to the New Jersey Globe.

The switch comes after Van Drew was one of two Democrats to vote against formalizing the impeachment inquiry last month. Since then, the freshman Democrat has become increasingly critical of the partisan effort.

Van Drew’s willingness to buck his party on impeachment has damaged his standing among Democrats back home. When reporting on the congressman’s imminent switch Saturday, The Washington Post cited a polling memo they obtained indicating Van Drew had lost the confidence of 58 percent of likely Democrat voters in his district.

The chance of losing renomination is purportedly a major factor in Van Drew’s decision.

In an effort to solidify the switch, Trump met with the freshman Democrat on Friday as part of a courting strategy. Were Van Drew to flip, he would be certain to receive Trump’s endorsement if he sought reelection as a Republican. Such an endorsement is made all the more likely as the top Republican already vying for the seat has ties to the Bidens and has criticized Trump in the past.

Van Drew’s defection would be an embarrassing blow to House Speak Nancy Pelosi (D-CA). Since the start of the impeachment inquiry, Pelosi has sought to keep her members in line, even as the proceedings have struggled to rise above partisan rancor.

In recent days, the speaker’s hold on her majority has particularly been tested, as 31 freshman and moderate Democrats—who like Van Drew all represent districts won by Trump in 2016–weigh if backing impeachment is worth the political risk. Many of the Trump-district Democrats, in particular, have come under fire from constituents back home over the issue.

Underscoring Pelosi’s position is the fact that she can not afford to lose more than 17 Democrats on  impeachment. With Van Drew poised to switch sides, the speaker’s hold looks a little more tenuous.