A first-time Airbnb guest may think twice before using the platform again.

A man simply known as Jack shared his alleged experience using the home-rental service on Reddit’s popular “Am I the A–h—?” forum, asking the online community for advice about a unique situation he was presented with during his stay.

Jack, 26, wrote that he had just used Airbnb for the first time during a recent visit to New York.

“I was staying in my host’s (24 [female]) bedroom while she bunked with her roommate,” he shared. “I arrived after an 8-hour flight at what would be around 3 a.m. my time, but 10 p.m. in NY. Met my host who showed me around quickly, pointing out the bathroom and the bedroom. I told her I was exhausted, so I just wanted to go to bed.”

However, when Jack woke up around 4 a.m., he allegedly found a handwritten note slid underneath the door, criticizing him as not being “respectful” and threatening to report him to Airbnb.

“Hi, this might be your first time doing Airbnb so you should understand a few standard etiquettes. Airbnb is hosting so it is very different from a hotel or motel. You need to keep the room clean and free of odor because you are staying in someone else’s room. After your flight, you had a strong odor yet you didn’t take a shower before going to bed. As the owner of the room, the bed and the sheets, I am extremely displeased with this fact. You didn’t respect the cleanliness of my room. Please keep this in mind during your stay. I might have to report to Airbnb if you fail to keep up with the personal hygiene and lower the quality of my room. Best, [Clara].”

After posting the note to Reddit, Jack stated that he is a “shower in the morning” type of person, and he then reprimanded “Clara” for renting her room out if she’s “worried about people’s funk.”

“I mean, I get it, nobody wants a smelly room, but I assume she changes the sheets when someone stays,” he wrote. 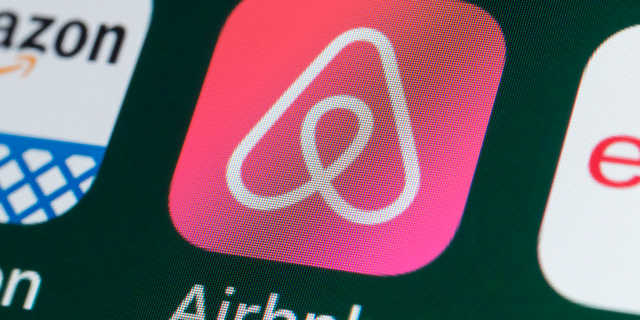 Jack, 26, wrote that he was using Airbnb for the first time while he visited New York. (iStock)

Though, at the end of the post, Jack doesn’t exactly seem to be interested in advice about whether or not he’s in the wrong, concluding with, “I’ve not been able to stop thinking about the handwritten note since I got it so I thought I’d share it with the internet.”

In any case, those on the forum were overwhelmingly on the man’s side.

“This is a huge no-go for Airbnb. You’d be well within your rights to say something to the company about the host making you feel uncomfortable,” one person wrote.

“Was your host not planning on washing the bedding between guests?” another wrote.

“This is so unbelievably out of line. Like you said, if she doesn’t want the funk of others, she should either not rent out her room or have alternate sheets. I mean, what if a couple is in there hooking up? Is she going to dictate terms on that? She seems to want the income from hosting but at zero cost to her,” one commented.

According to Airbnb’s Community Guidelines, smell does not seem to be a direct reason for complaint.