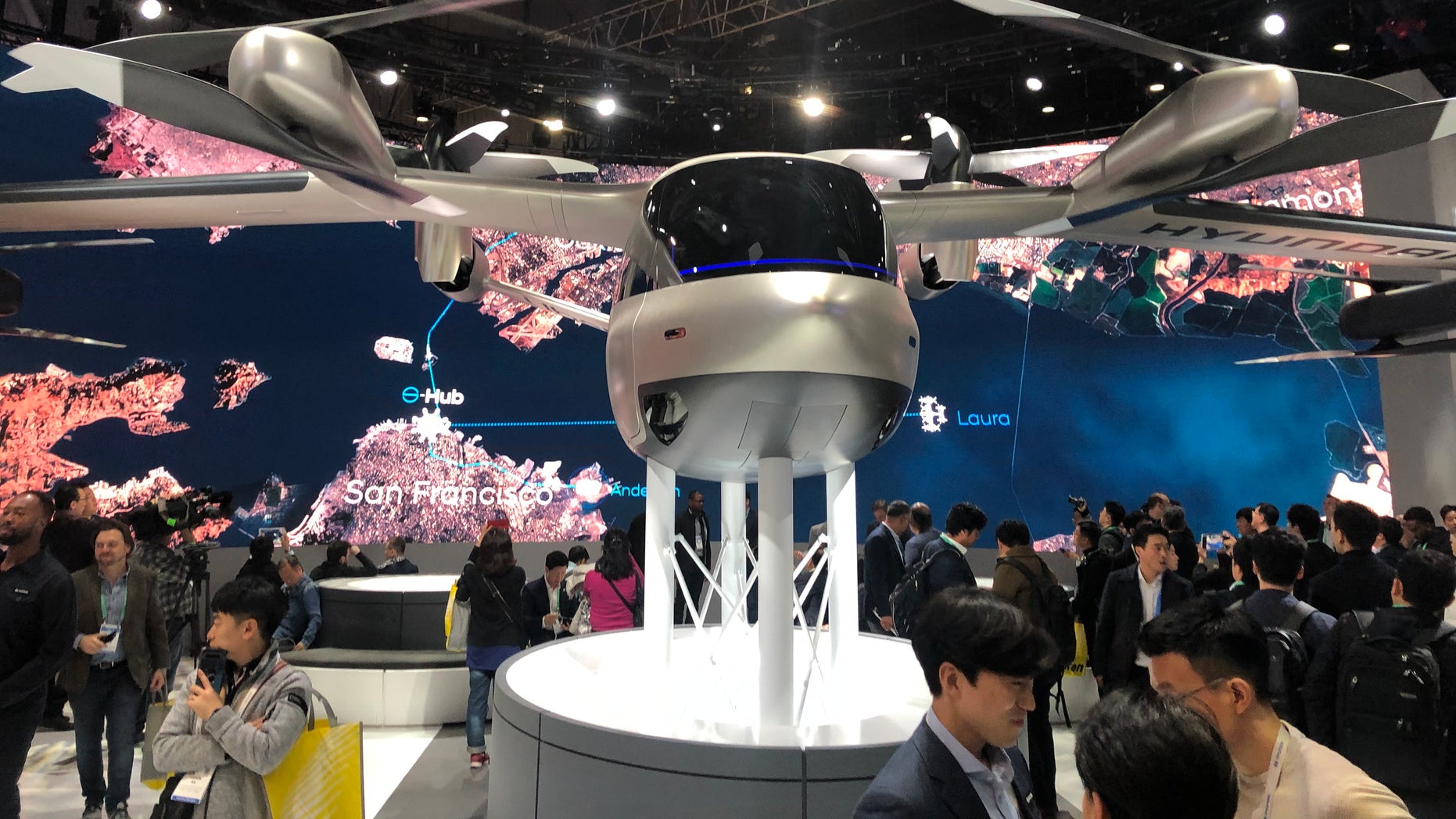 Flying taxis, virtual reality, artificial intelligence, and even a new energy drink were among the products that graced the convention floor at this year’s Consumer Electronics Show (CES).

You can find yourself spending hours walking the seemingly endless halls filled with the latest technology propelling the world into the future. And, while it’s virtually impossible to see everything that CES has to offer, below are just a few items that caught the eye of Fox News.

Instead of standing, the Segway S-Pod takes comfort one step further by allowing the user to sit, shifting their center of gravity for a smooth ride that is eerily reminiscent of the hover chairs in the popular Pixar movie, “Wall-E.” 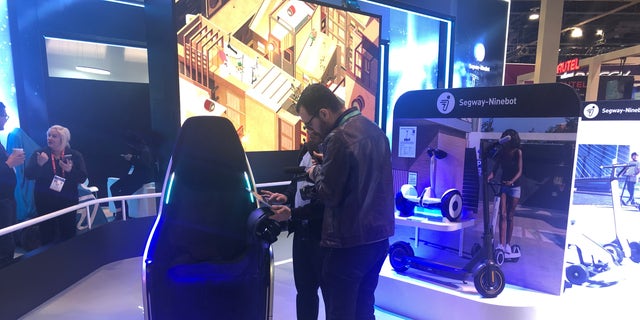 “It is the first-class transporting pod designed for everybody. So, we are envisioning this as part of the future of this smart city,” Jeff Wu, marketing and growth lead at Segway told Fox News. “We can see it in enclosed campuses, in our shopping malls and the airport, for example.”

After the chair finds its center of gravity, the user can glide around up to 24 miles per hour navigating with a simple joystick. The S-pod can travel up to 43 miles on a single charge.

Wu said the inspiration behind the design came from the gyro sphere featured in the 2015 “Jurassic World” movie starring Chris Pratt, telling Fox News it “really feels like they are flying, levitating when they are navigating” the S-Pod.

There is currently no price point set for the S-pod but it will be available for consumers in 2021.

“Starting off it will definitely be more of private use in enclosed campuses, but essentially in the future, maybe, you know, for the rideshare pickup, people will be able to use their cell phone to call something like a Segway as part to pick them up to complete a transportation from A to B,” Wu told Fox News, adding that there is more exciting news to come soon.

Forget lugging that bulky computer around. 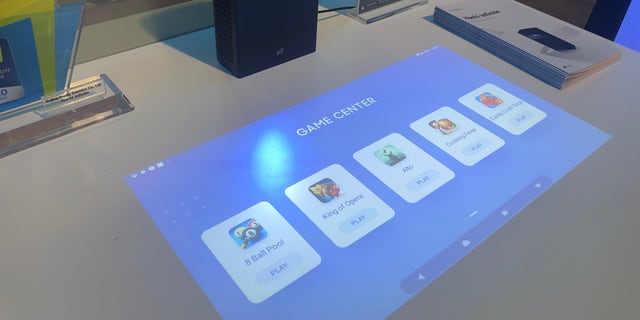 The Hachi Infinite can turn any flat surface into a computer. (Ben Brown / Fox News)

The Hachi Infinite can turn any flat surface into a fully-interactive touch screen computer, equipped with web-browsing, Microsoft Word and Excel.

“It has built-in Android OS 9.0 … It’s a computer. It works just like a tablet or your phone on any flat surface,” Hannah Wilkinson, marketing for Hachi told Fox News. “You can use Microsoft Word, you can use YouTube, you can search the Internet, you can play Candy Crush, you can do anything on this — anything you could do on a computer or your phone.”

It essentially looks like a portable mini projector and has brightness sensors so it can be used indoors and outdoors, even on a sunny day.

In addition to functioning like a computer, the device can flip on its other side to be used as the ultimate movie viewing experience with a 120 inch HD display and an ultra-short throw DLP built-in,” Wilkinson said.

The Hachi Infinite also has built-in artificial intelligence capabilities, including the ability to identify foods and offer up unique dinner recipes centered around that identified item.

“There’s already three A.I. functionalities built right into it —  So, it can recognize objects and uses deep learning algorithms. There’s a variety of learning experiences for children, cooking experiences — it can recognize any kind of fruit or vegetable in front of it and tell you the nutritional information, tell you recipes you can use with it,” Wilkinson said, adding that “Hachi is developing a number of apps that work with A.I. functionalities.”

An energy drink that tastes like your favorite soda … no wonder it made it onto the CES floor. 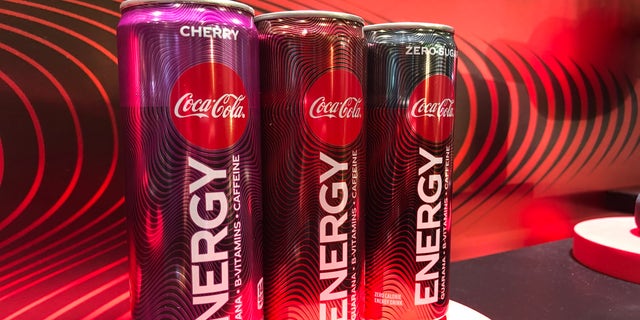 Coca-Cola is trying to shake-up the buzzing energy drink market with its own tasty concoction. No longer does one have to choose between an energy drink or a soda to provide that much-needed caffeine boost throughout the day, because Coca-Cola has come up with the solution – Coca-Cola Energy.

“Coca-Cola has always looked at a consumer-focused approach to innovation, and as we learned about consumers and what they were looking for in the US, we learned that they love Coca-Cola. They love the uplift of Coke,” Jaideep Kive, vice president for Coca-Cola trademark in the United States told Fox News. “But there are moments in their day when they want that extra boost, but they want it in a way that’s familiar and approachable —  and that’s how Coke Energy was born.”

A regular Coke is about 34 grams of caffeine, but the recipe for this [Coca-Cola Energy} is like that of an energy drink. So it does have 114 grams of caffeine. It has Guarana and it has B vitamins,” Kive said. “So, it’s comparable to all the leading energy drinks, but it has the familiar and approachable taste of Coca-Cola, which people know and love.”

Coke partnered with Amazon’s Alexa to create an interactive booth that allowed CES attendees to get some of the first sips of the new energy drink that is set to hit the market on January 20th.

“Coca-Cola has always been at the forefront of innovation. Our choices have always been driven not by ourselves, but by what our consumers were looking for,” Kive said. “And when you look at the energy category around the world, and most especially in the U.S., there’s a lot of growth, there’s a lot of need thanks to our modern-day lifestyles for that extra boost and an extra kick.”

While companies have made great strides in virtual reality gaming, there are limitations to how truly “interactive” the experience can be when you’re confined certain amount of space – whether you’re playing inside an apartment or at an arcade. 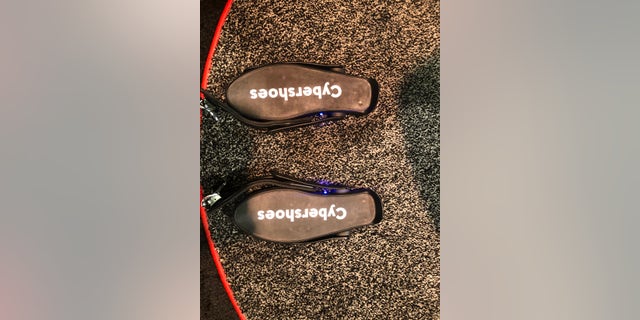 Cybershoes might just be the first step into figuring out a solution to adding another layer into immersing the user into the game.

For about $360 gamers can purchase the Cybershoes Gaming Station, which includes the shoes along with a cyberchair and cybercarpet.

The Cybershoes strap on over your normal footwear and have a wheel attached to the bottom allowing the user to sit in the cyberchair and mimic walking/running while remaining sit. The motions then translate into the game and voila! no more stationary gaming – and it is actually quite the workout!

Traffic jams and flat tires might soon be a thing of the past, as Hyundai and Uber Elevate are teaming up to offer a new way to travel.

Hyundai unveiled its full-scale concept Urban Mobility Vehicle dubbed the S-A1, which essentially looks like a souped-up helicopter that Uber will use for its flying taxi service.

“This is a game-changer for the aerospace industry because historically production rates have been fairly low in aviation. When you bring the capabilities of an automaker to this sector, it creates an opportunity for scale as it relates to the production and that can make sure that technology gets in the hands of more people around the world,” Wyatt Smith, head of business development of Uber Elevate told Fox News.

Uber Air would work similarly to how Uber operates now – with a push of a button a car would pick you up and take you to a Skyport where an Urban Air Mobility (UAM) vehicle is waiting to fly you to the next hub most proximate to your destination. The passenger will then hop in another car that will take them the rest of the way.

The S-A1 would just be one component of the urban air mobility ecosystem connecting the whole network together to allow passengers to get from point A to B.

While this might all sound farfetched and lightyears away, both Hyundai and Uber expect the next form of consumer transportation to hit the market within the next decade.

TruMedic’s InstaShiatsu+ Massage Chairs can be found in celebrity homes like the Kardashians, but it’ll cost you a pretty penny. 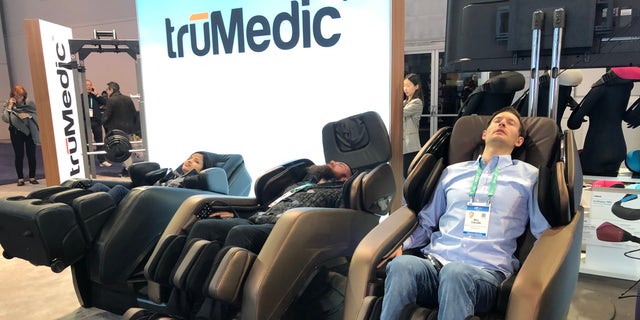 If you have a few thousand dollars and want to be pampered like a celebrity, the full-body massage chair will do the trick – from your arms to your waist to your neck and shoulders, this chair does it all. However, there are less expensive options that don’t come with as many bells and whistles.

In addition to the massage chairs, truMedic offers a cheaper but just as effective option dubbed the MagicHands truShiatsu Neck and Back Massager which has deep-kneading massage nodes that act like a human “thumb” to help penetrate sore muscles or offer an effective pre-workout warmup. The Magichands retail for $299.95 and is a favorite among celebrities like Hailey Bieber, Lily Aldridge, Joan Smalls, Winnie Harlow. 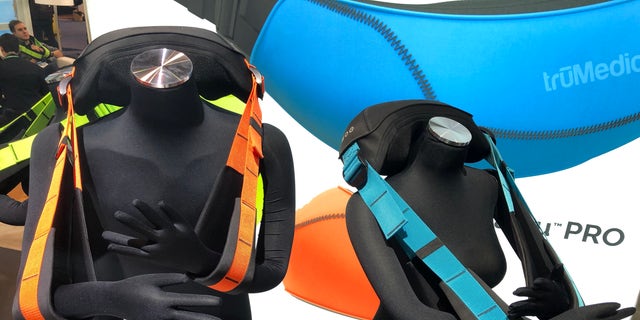 MagicHands was also selected for Oprah’s Favorite Things in December 2019.

“We’re pioneering the category of ‘Intelligent Wellness,’ and in doing so, truMedic is creating a world beyond relief,” Russell Izzo, truMedic CEO said. “With our newest innovations, consumers will experience amazing new designs with cutting edge form and functionality that deliver ultimate relaxation and recovery in the comfort of their homes and on-the-go. We spent years delighting customers with our quality and commitment to this category and we are excited to be leading its evolution into the next decade.”