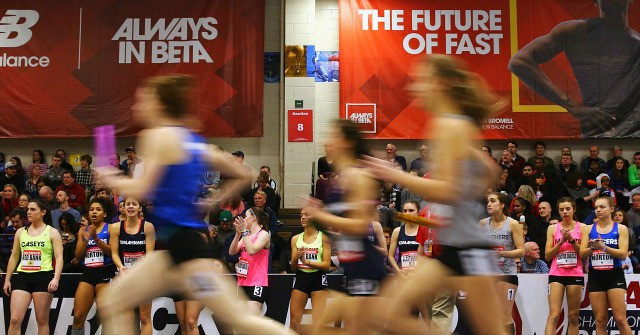 The New Hampshire House Education Committee will hold a public hearing on Tuesday on HB 1251, legislation to protect female athletic programs from men, or transgender women, who want to compete in girls’ and women’s sporting events.

I. No person shall be excluded from participation in, denied the benefits of, or be subjected to discrimination in public schools because of their age, sex, gender identity, sexual orientation, race, color, marital status, familial status, disability, religion, or national origin, all as defined in RSA 354-A.  Any person claiming to be aggrieved by a discriminatory practice prohibited under this section, including the attorney general, may initiate a civil action against a school or school district in superior court for legal or equitable relief, or with the New Hampshire commission for human rights, as provided in RSA 354-A:27-28.

II. Interscholastic or intramural athletic teams or sports that are sponsored by a primary or secondary school or institution of higher education and designated for “females,” “women,” or “girls” shall only be open to students of the female sex.  If disputed, a student may prove that she is of the female sex by presenting a signed physician’s statement which shall indicate the student’s sex is based solely upon:

(a)  The student’s internal and external reproductive anatomy;

(b)  The student’s naturally occurring level of testosterone; and

(c)  An analysis of the student’s chromosomes.

Organizations for and against the bill are mobilizing the public. Save Women’s Sports and Cornerstone are hoping for the legislation to become law.

Cornerstone wrote in a notice about the public hearing:

Female athletes deserve a level playing field. They should not have to compete against biological males for a spot on the podium, even if those males claim a female gender identity. Biological males are already starting to dominate women’s competitive sports.

The Citizens Count website is reaching out to people who support transgender sports.

If the bill becomes law it would be effective 60 days after its passage.