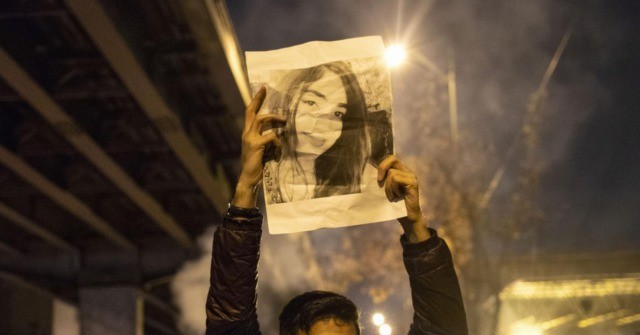 The New York Times noted Monday that one reason the United States successfully stared down the Iranian regime last week was that President Donald Trump’s renewed economic sanctions have made the cost of war too high for Iran to bear.

In an analysis published Monday, titled “Iran’s Grim Economy Limits Its Willingness to Confront the U.S.,” the Times explained:

Crippling sanctions imposed by the Trump administration have severed Iran’s access to international markets, decimating the economy, which is now contracting at an alarming 9.5 percent annual rate, the International Monetary Fund estimated. Oil exports were effectively zero in December, according to Oxford Economics, as the sanctions have prevented sales, even though smugglers have transported unknown volumes.

The bleak economy appears to be tempering the willingness of Iran to escalate hostilities with the United States, its leaders cognizant that war could profoundly worsen national fortunes. In recent months, public anger over joblessness, economic anxiety and corruption has emerged as a potentially existential threat to Iran’s hard-line regime.

Inflation is running near 40 percent, assailing consumers with sharply rising prices for food and other basic necessities. More than one in four young Iranians is jobless, with college graduates especially short of work, according to the World Bank.

Moreover, Europe and the United Nations could also join the U.S. in reimposing their sanctions in the near future.

Some fear that hard-liners within the regime could see war as a potential way to stimulate the economy, the Times notes. However, a full and direct confrontation with the U.S. “would likely weaken the currency and exacerbate inflation, while menacing what remains of national industry.” It could also “threaten a run on domestic banks,” the Times notes.

As Breitbart News recently noted, President Trump’s decision to leave President Barack Obama’s nuclear deal and reimpose sanctions on Iran — not just for its nuclear activities but for its terrorism and human rights abuses — has more than wiped out the economic gains Iran achieved by agreeing to the Iran deal in 2015.

Trump has left the regime with a set of impossible choices: risk war, and damage the domestic economy further, leading to destabilizing protests; or yield to U.S. demands, saving the economy but also showing Iranians the regime can be defeated.