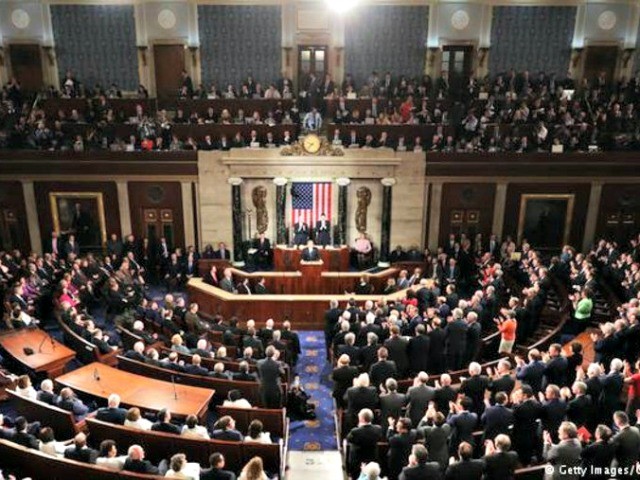 House Democrats will debate on the House floor Tuesday the merits of sending the articles of impeachment over to the Senate.

The House Democrat conference met Tuesday morning to discuss whether the House should send the articles of impeachment over to Congress’ upper chamber.

House Speaker Nancy Pelosi (D-CA) said that they will vote on a resolution sending impeachment managers and the articles of impeachment over to the Senate on Wednesday.

The Democrats passed two articles of impeachment roughly a month ago, charging that President Donald Trump abused the office of the presidency and obstructed Congress.

Since the House Democrats passed the partisan articles of impeachment, House Speaker Nancy Pelosi (D-CA) has declined to send the articles over to the Senate, believing that Senate Majority Leader Mitch McConnell (R-KY) will not hold a fair trial and move to quickly dismiss the trial.

The House Democrat leader’s decision to delay an impeachment trial has engendered criticism from both sides of Congress, including Sen. Dianne Feinstein (D-CA).

Sen. Roy Blunt (R-MO), a member of Senate Republican leadership, said Monday that he does not believe there are enough Senate Republicans to move towards a quick dismissal of the impeachment trial against President Trump.

Moderate Senate Republicans such as Sens. Susan Collins (R-ME) and Rob Portman (R-OH) have suggested that they would like to see the House Democrats, as well as President Trump’s legal team, present their case during the impeachment trial rather than quickly dismissing the trial.

“If 51 senators wanted to have that vote, we could have it at some point. I don’t believe it’s going to be baked into the underlying resolution,” Sen. John Cornyn (R-TX) said.