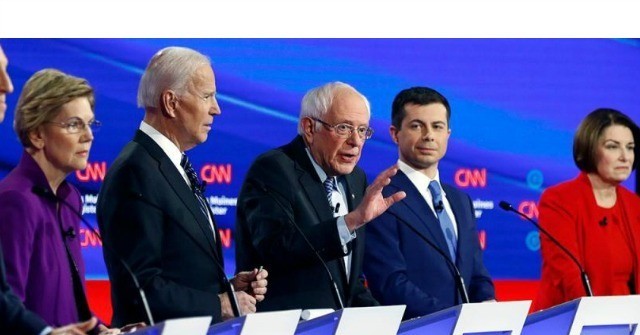 Sen. Marsha Blackburn (R-TN) called for the recusal of four Democrat presidential candidates from the impeachment process against President Donald Trump on Wednesday after Speaker Nancy Pelosi signed the articles.

Blackburn said in an emailed statement:

Tomorrow, one hundred United States Senators will be sworn in to serve in the impeachment trial of President Donald Trump. Four of those Senators must recuse themselves for their unparalleled political interest in seeing this President removed from office.

These four Democrats, Senators Bennet, Klobuchar, Sanders, and Warren, cannot sit in judgment of the very President they seek to replace. To participate in this trial would be a failure of the oath they took to be an ‘impartial justice according to the Constitution and laws’. Their presidential ambitions prohibit their ability to view this trial through an objective lens.

In the email sent to her supporters, Blackburn noted:

In Andrew Johnson’s impeachment trial, an objection was lodged against an Ohio senator who was next in line to become President, if Johnson were removed.

“This impeachment process is a total political charade, and the Democrats are focused on two things: undoing the 2016 election and impacting the 2020 election,” Hagerty said in an email to supporters. “These radical liberals know they can’t beat President Trump at the ballot box, so they are attempting to remove him through the impeachment process. Senator Blackburn is exactly right, the four Democrat Senators running for President should recuse themselves.”